Are you aware of Manila City’s no-contact apprehension traffic program?

“In case you’re unaware, the Manila City government has had a no-contact apprehension traffic program (NCAP) in place since December 2020. The system is composed of 27 different cameras installed across the city’s major thoroughfares and sends wrongdoers a notice of violation (NOV) if their plate number is recorded by the system.

“In a recent statement, the Manila Traffic and Parking Management Bureau (MTPB) revealed that traffic violations have gone down between 25% to 31% month-on-month during the first half of 2021.

“‘This only shows that our NCAP traffic enforcement system is indeed working and is a major help to the city in terms of managing the traffic,’ MTPB chief of operation Wilson Chan said.

“The bureau added that the top three violations recorded by its NCAP are disobedience to traffic controls and signals, disregarding lane markings, and reckless driving, and that Taft Avenue is the area with the highest number of recorded violations.

If not, here’s how you can check if you have any pending violations in the city

“By now we’re certain some of you are nervous you’ve been caught by the NCAP’s CCTV cameras. Well, if you’re sweating bullets, there’s actually a way to check if a notice of violation from the MTPB is on its way to your residence.

“To check if you have a violation under the Manila City NCAP, head here and enter your vehicle’s plate number or conduction sticker. Simple enough, right?

“If it turns out you do have a violation, Manila City has also released instructions on how to settle it. Look:

“Basically, you have three options: You can pay online by heading here, settle the violation at your preferred payment center over the counter, or head to Manila City Hall and pay at one of the kiosks there.”

Have you seen the massive cracks along Topaz Road in Ortigas?

“It appears the Pasig City government has a mystery on its hands over in Ortigas.

“Nebrija advised motorists in the area to steer clear of the obstruction. A recent Facebook post from the Ortigas Center Association (OCAI), however, shows that the road has been closed, the fissures have been covered with plastic, and pylons have been put in place.”

It appears the Pasig City LGU has already figured what happened

“The investigation into what caused the massive cracks along Topaz Road in Ortigas continues. In our previous story, we reported that the city’s engineer cited an old drainage system as a possible culprit. Now, city mayor Vico Sotto has provided more updates.

“In a post on social media, the government official said: ‘There is a DAMAGED DRAINAGE LINE that caused the cracks in the road. This is part of the original drainage system built in the 1960s and turned over to the LGU some time ago. The damage led to water seepage that then caused the erosion of the top soil of Topaz Road.’

“The mayor also ruled out the nearby fault line and liquefaction as reasons behind the fissure. As of this writing, the exact cause of the damage to the drain line is still not certain. Mayor Sotto noted that all the buildings along Topaz Road have now been deemed safe.

“For now, the Pasig City LGU is waiting on soil testing results before it proceeds with rehabilitation work on the drainage system and the road. In the meantime, the drainage line has been plugged and diverted to stop any further seepage. The LGU has also inspected a nearby excavation site for possible violations that may have had a hand in the situation.”

The DOTr wants to suspend the implementation of mandatory PMVIC testing

“Back in July, the Department of Transportation (DOTr) issued Memorandum Circular No. 2021-02. In a nutshell, the document mandates select Land Transportation Office (LTO) branches to accept only vehicle inspection reports from authorized private motor vehicle inspection centers (PMVICs). Now, however, the DOTr is ordering the LTO to hold off on implementing the mandatory PMVIC testing in the meantime.

“According to the DOTr’s newest directives, the LTO must suspend the new policy until the issues regarding the geographic areas of responsibility (GAOR) have been addressed. Likewise, the LTO is being ordered to maintain the previous registration process wherein motorists have the freedom to choose between PMVICs and private emission testing centers (PETCs).

“The DOTr’s statement reads: ‘In order to keep our roads safe, the DOTr believes we need to have better standards to check the roadworthiness of vehicles. This is the principal reason why we are continuously advocating the conduct of strict inspection of motor vehicles.

“‘Though roadworthiness is not the cure-all for road crashes, it is one of the pillars of road safety. Thus, we remain firm in our commitment to address the roadworthiness requisite prior to renewal of vehicle registration.’”

“Department of Public Works and Highways (DPWH) secretary Mark Villar on Monday said the widened segment of Lawton Avenue in Taguig City will be open by September to ease traffic in that part of the capital.

“Travel time between Bonifacio Global City and Ninoy Aquino International Airport will be cut to 15 minutes after the road is widened from four to six lanes, Villar said.

“The first phase of the Lawton Avenue widening project opened on November 17, 2020, covering 5th Avenue to Bayani Road.  It has three phases in total and is part of the EDSA Decongestion Program. The remaining 1.81km stretch for Phase II and Phase III is still under construction.

“Work on Phase II is 70.54% complete, while Phase III—which covers the segment near the Philippine Navy to Pasong Tamo Extension—is 26.54% done. The overall completion for the 3.10km project is targeted at the end of 2021.”

“The Cebu-Cordova Link Expressway (CCLEX) project—which, once done, might include the country’s most stunning bridge yet—is slowly but surely inching its way towards completion. In fact, only mere meters remain before the two sides of the new piece of infrastructure finally meet.

“Recent images released by Metro Pacific Tollways (MTPC) show that the mainland Cebu and Mactan Island sides of CCLEX are just about to meet. In a post on the official CCLEX Facebook page, the CCLEX Corporation shared that only 20 meters are left before this milestone is reached.

“‘Work continues at the Cebu-Cordova Link Expressway as we close the gap on the main bridge deck. Only 20 meters are left before the 390-meter bridge deck will be connected,’ the post reads, adding that CCLEX completion stood at 82% at the end of July 2021.

“The CCLEX Corporation also recently took the opportunity to address manipulated images of the project showing the two sides aren’t aligned. It said that while it understands these posts are just social media users having fun, the company needs to make a clarification because some people might mistake them for real photos. Look:

“‘We know that people are just having fun and sharing this as a joke. We are posting this clarification because some people believed the memes to be true,’ the post reads.”

“Throwing stones at passing cars is still a thing along some thoroughfares. This is wrong regardless of where it takes place, but stunts like these are much more dangerous along expressways where motorists travel at higher speeds.

“To help deter stoning incidents and other prohibited acts (climbing the fence, roaming the area, and so on) along the Subic-Clark-Tarlac Expressway (SCTEX), the Sangguniang Bayan of Floridablanca in Pampanga has passed Municipal Ordinance No. 120.

“Also known as the Floridablanca Anti-Stoning Ordinance, the measure will strengthen the area’s security systems and educate local communities on the dangers of, well, throwing stones at cars on a busy expressway. The ordinance also strengthens cooperation between the Philippine National Police (PNP) and the SCTEX management.

“You may have noticed the spike in the prices of bicycles—whether imported or locally manufactured—by now. This is due to the strong demand from the fast-growing cycling community, especially after the government began promoting alternative mobility as public transport became even more limited during the COVID-19 pandemic.

“To help cope with the need for bicycles and make these two-wheelers more affordable, the House Committee on Ways and Means led by congressman Joey Salceda has approved a provision that offers tax breaks to bicycle manufacturers, stated in Sections 17 and 18 under a pending bill titled ‘The Philippine Bicycle Act.’

“Let’s be clear: The Philippine Bicycle Act is still under deliberation in its entirety. What the House panel has signed off on are recommendations to grant tax incentives to foreign or local manufacturers of bikes, as mentioned under the National Internal Revenue Code.

“The committee is still discussing provisions related to additional infrastructure, particularly bicycle-lane policies, that would promote cycling as an alternative mode of transportation during these critical times.”

“While they add an extra layer of protection, plastic barriers in public transport can’t offer full protection against COVID-19, infectious disease experts said on August 25 as they pushed for stricter physical distancing rules.

“Without physical distancing, commuters separated only by plastic barriers risk getting infected with COVID-19, said Dr. Maricar Limpin, president of the Philippine College of Physicians.

“Under the Department of Labor and Employment’s guidelines on ventilation for workplaces and public transport, the one-seat-apart rule can be ignored if there is a plastic shield between passengers.

“What plastic barriers do provide is an additional layer of protection, similar to a face mask or a face shield, said Dr. Rontgene Solante, head of San Lazaro Hospital adult infectious diseases and tropical medicine unit.

“The World Health Organization said COVID-19 spreads between people who are in close contact with each other and in poorly ventilated areas or crowded settings, as aerosols remain suspended in the air and can travel farther than one meter.

“Disinfecting the barriers after every use is important, Solante said. This would be difficult to implement in public transport where commuters get on and off the vehicle.

“Limpin urged the government to increase transportation capacity so commuters can do proper physical distancing.” 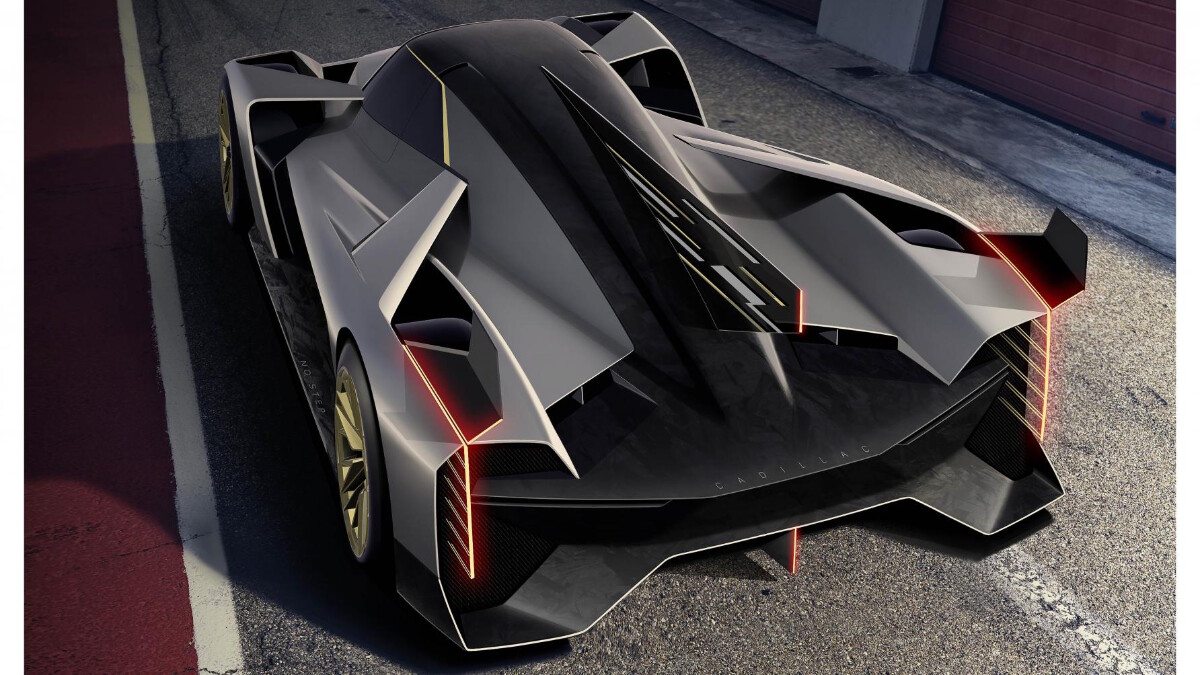 And another one: Cadillac is joining Le Mans 2023’s Hypercar class
View other articles about:
Recommended Videos
Read the Story →
This article originally appeared on Topgear.com. Minor edits have been made by the TopGear.com.ph editors.
Share:
Retake this Poll
Quiz Results
Share:
Take this Quiz Again
TGP Rating:
/20