Check out this new intersection in Pasig City’s Kapitolyo area

“If you happened to pass by the stretch of Shaw Boulevard between Barangay Kapitolyo and Capitol Commons recently, you might have noticed a slight change in the area.

“The Pasig City government has ditched the concrete barrier along that part of Shaw Boulevard in favor of a new intersection featuring bike lanes, bike boxes, at-grade pedestrian crossings, and a new set of stoplights and crosswalk lights.

“This new setup makes the area much more pedestrian-friendly, as it eliminates the need for one to climb a flight of stairs to get to the other side of Shaw Boulevard. We dropped by today to check it out for ourselves. Watch:

“First impressions? So far, so good. Bike lanes and boxes are properly marked with green paint, and simply walking across the street always beats having to climb an elevated walkway. Surprisingly, cars and motorcycles were leaving areas painted in green free to bike users, too, despite there only being one or two traffic enforcers in the area.”

“Any motorists here who regularly pass Roosevelt Avenue in Quezon City? Well, those of you who raised your hands might have to adjust your brains a bit.

“The Philippine Senate has approved a bill renaming Roosevelt Avenue to ‘Fernando Poe Jr. Avenue.’ In its third and final reading. House Bill no. 7499 passed with 22 votes and one abstention—Senator Grace Poe, the daughter of the Filipino film icon.

“‘I purposely abstained because of our rule that it might be a conflict of interest. But in my heart, I am so happy that this has passed. So thank you very much,’ Senator Poe said in a statement.

“Originally, it was Del Monte Avenue that was supposed to be named after the late actor. Senate President Vicente Sotto III, however, amended a section to rename Roosevelt Avenue instead. The Department of Public Works and Highways has 60 days from the bill’s effectivity to issue the necessary paperwork and implement its provisions.”

“Loud cars can be fun, but at the same time, there’s a proper time and place to show them off. During a track day is one of them—while passing through a residential area where people are trying to get some rest is not.

“Some car owners and motorcycle riders apparently didn’t get the memo, which is why an ‘Anti-Muffler’ ordinance has been passed in Manila City.

“According to councilor Joel Villanueva, Ordinance no. 8145’s principal author, the measure passed in its third reading and aims to restore peace and quiet to the community.

“The measure was supposedly conceptualized after the councilor was doing his rounds around Sampaloc, Manila. There, he noticed that an increasing number of motorists were disturbing residents with modified exhausts.”

The LTO is reminding motorists not to tailgate emergency vehicles

“Ambulances rushing down tight roads and squeezing their way through gridlock have been common sights throughout this pandemic. As an unfortunate result, we’ve also been seeing opportunistic motorists tailgating these emergency vehicles.

“It’s almost inevitable. For some people, an ambulance, a police vehicle, or even a fire truck clearing the road ahead is an easy way out of a heavy traffic jam. However, in case you hadn’t realized it yet, such behavior is inappropriate and just outright dangerous.

“Now, the Land Transportation Office (LTO) is reminding motorists to refrain from tailgating all types of emergency vehicle, not just ambulances. The agency also gave out a stern warning that failure to give way to these vehicles is punishable by law.

“If you’ve driven along Ortigas Avenue in the past, you know parts of the thoroughfare suffer from a serious lack of lighting. The area on and around Rosario Bridge, in particular, is an example of this.

“Well, motorists who regularly pass the area will be happy to know that the Pasig City government has addressed the lighting situation over there. Mayor Vico Sotto recently took to social media to flex improvements the city has made to the area’s lighting situation. Look:

“The before and after images Sotto shared show off a drastic improvement in lighting along Rosario Bridge and the stretches of road leading up to it. The official’s post doesn’t indicate, however, when exactly the ‘before’ shot was captured.

MPTC wants to turn CALAX into a sustainable highway

“There’s still a long way to go before the Cavite-Laguna Expressway (CALAX) is completed. That said, the expressway has already started to prove itself as a valuable thoroughfare providing access across Laguna—what more when the entirety of the road network stretching all the way to Cavite is opened.

“However, Metro Pacific Tollways Corporation (MPTC) intends for CALAX to be more than just an expressway connecting these two provinces. MPTC recently highlighted the efforts it is taking for the southern tollway to be a ‘green highway.’

“The company shared that it is incorporating resource-saving and emission-reducing technologies along CALAX, as existing toll plazas are equipped with solar panels that power operations. These panels have produced a total of 116.58kWp and have avoided 10,200kg of carbon dioxide emissions since installation started in May 2021. MPTC says this is equivalent to having planted 304 trees.

“The solar panels are expected to last for 25 years and the inverters for 10 years. Future toll plazas will also feature the same setup once they’re up and running.

“MPTC is also improving energy efficiency by using LED technology for all lightings as well as by utilizing energy-efficient equipment such as air-conditioning units and refrigerators in its facilities.

“To offset its carbon emissions and eventually the emissions of vehicles passing through CALAX, MPTC is also aiming to plant 20,000 trees by the end of 2022. These will be located in green spaces located along the expressway such as a 2,500sqm area near the Mamplasan interchange, a 8,500sqm area near the Santa Rosa Interchange, and a 425sqm lot near the Santa Rosa-Tagaytay Road entry and exit points.”

“It looks like we’ll soon find out if all the recent traffic around the Tandang Sora area due to the construction of the MRT-7 train line has been worth it.

“The brand-new three-car train sets were delivered and laid on the tracks between Station 3 and 4 (University Station and Tandang Sora) over the weekend, looking like fresh Lazada packages covered in bubble wrap.

“According to the San Miguel Corporation (SMC), which is responsible for building the train line, the train sets arrived at Port of Manila from South Korea on September 6. The company is expected to take delivery of more units as construction of the MRT-7 continues to progress, it added.

“In a Facebook post, SMC head Ramon S. Ang expressed his excitement over the milestone, calling it a ‘painstaking process’ that was well worth it.

“‘Transporting the cars from the Manila Port to the site, raising, positioning, and installing the train cars, is a slow, painstaking process. We can’t help but feel a sense of fulfillment and pride. After years of continuous investment and effort into this project, we’re getting closer to full completion,’ Ang said, adding that testing of the MRT-7 is scheduled to begin by the end of 2022.”

“The Land Transportation Office’s (LTO) problem with the license plates of more than 18 million registered motorcycles in the country is far from over. This was what LTO chief Edgar Galvante admitted to the House Committee on Appropriations during the 2022 budget deliberation for the Department of Transportation (DOTr).

“The LTO chief shared that the agency had already distributed around 3.6 million license plates based on the provisions of the Republic Act No. 11325, otherwise known as the Motorcycle Crime Prevention Act. He said the plates produced by the plate-making plant at the LTO’s Quezon City main office—which can churn out 22,000 units daily under normal operations—were distributed to motorbike owners that registered from July 2016 up to the present.

“However, the bulk of license plates for motorbikes registered before June 30, 2016, is yet to be produced by the agency. Galvante pointed to serious budget constraints as their biggest challenge in addressing the issue. Considering the huge backlog, he said it would be impossible to avert the plate shortage unless they enlist the help of another contractor.”

New 6.7km bike lane to be put up along MacArthur Highway

“We’re already a year and a half into this pandemic, but we’re still glad to see various local government units across Metro Manila continuously making changes to adapt to the times.

“The Valenzuela City LGU, for example, has announced that it will soon put up bike lanes in its locale. According to mayor Rex Gatchalian, there will be a new 6.7km bike lane set up along MacArthur Highway.

“Details are still scarce, save for some collaged images. There was no specific timeline provided just yet, either, but Gatchalian confirmed that the new bike lane will connect the areas of Marulas and Malanday.

“This should still come as good news for cyclists who regularly pass through the area. Considering how busy a thoroughfare such as MacArthur Highway can get, enabling safe passage for alternative mobility users will surely prove useful.” 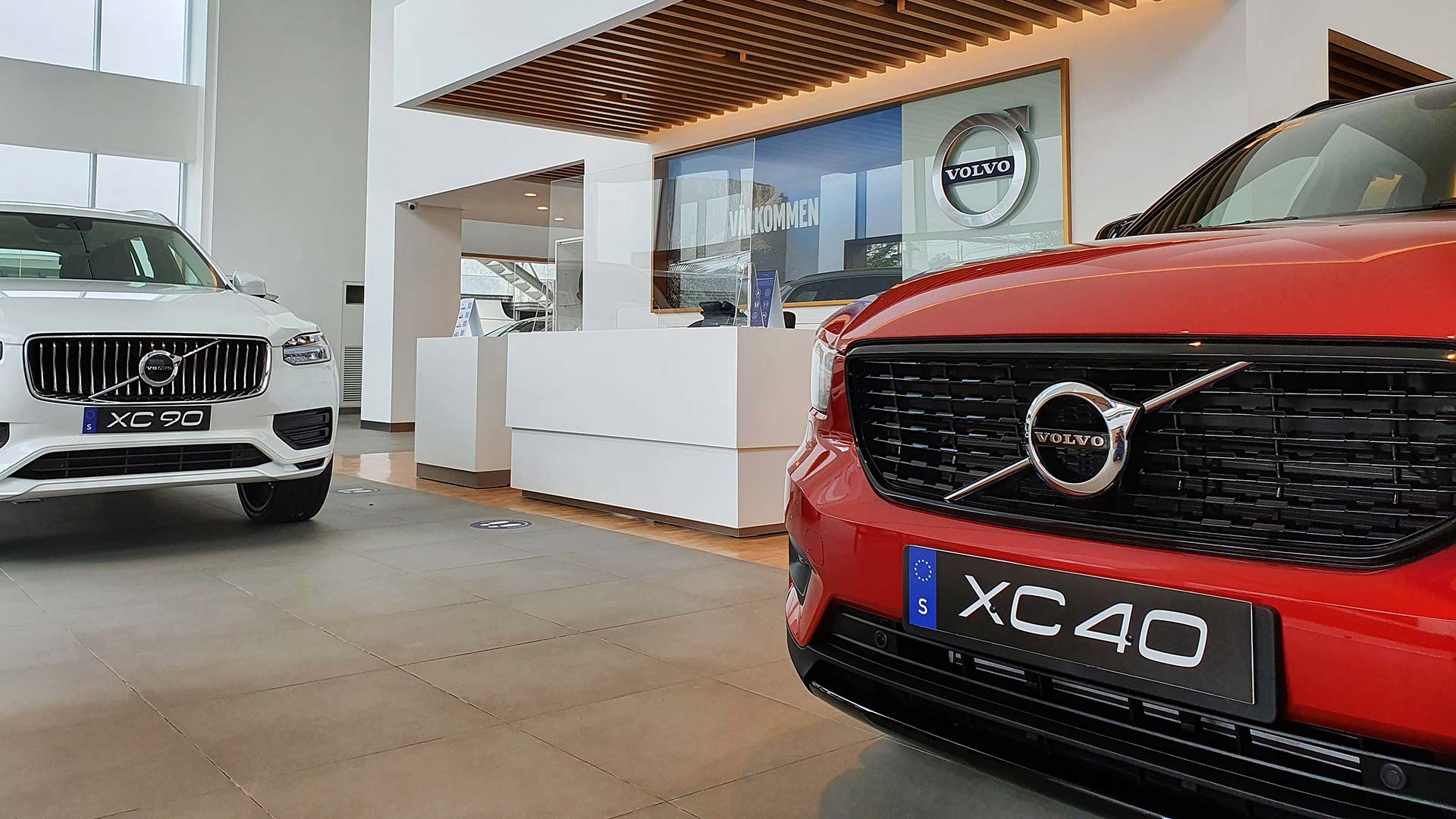