“The Quezon City local government unit has just launched the new bike patrol unit of the Quezon City Police District (QCPD). These policemen have been trained to subdue potential troublemakers around the city using their bicycles, and their skills were apparently showcased during the launch ceremony.

“The US, the UK, Canada, France, Germany, Italy, Japan, and the European Union are pushing back against China’s Belt and Road initiative with a global infrastructure plan of its own. The members of the Group of Seven (G7) have agreed on the Build Back Better World Initiative (B3W)—a plan to counter China’s growing influence in developing nations and narrowing a global infrastructure gap made worse by the COVID-19 pandemic.

“In a fact sheet, the White House shared that B3W ‘will be global in scope,’ covering nations ‘from Latin America and the Caribbean to Africa to the Indo-Pacific.’ It lists down the initiative six guiding principles:

“‘In announcing this partnership, the United States and its G7 partners are expressing a unified vision for global infrastructure development,’ the US government said, adding it intends to ‘mobilize the full potential of our development finance tools’ like the US Trade and Development Agency and Development Finance Corporation.

“Collectively, the G7 member countries and other stakeholders are expected to pour ‘hundreds of billions of dollars of infrastructure investment for low- and middle-income countries in the coming years.’”

LTO registration deadlines have been adjusted for MECQ regions

“According to the latest announcement of the Land Transportation Office (LTO), the registration validity of vehicles with license plates ending in 6 and 7 have now been extended to August 31 and September 30, respectively. However, this only applies to those in regions under modified enhanced community quarantine:

“For those whose vehicles have plates ending in 3 and 4, take note that the LTO has only extended the validity of their registration documents until June 30 and July 31, respectively. As for those with cars whose plates end in 5, you have until the end of August to register your vehicle.

“To catch the perpetrator, the Criminal Investigation and Detection Group (CIDG) conducted an entrapment operation wherein an undercover official posed as an applicant for driver’s license renewal. To the agency’s surprise, they were able to ‘breeze through’ the medical exam and the license was made from inside the LTO headquarters itself.

“The fixer is now under the custody of the CIDG and will be charged with violation of Republic Act No. 11032 or the Ease of Doing Business and Efficient Government Service Delivery Act of 2018.

“The official asked for the driver’s license obtained during the entrapment to be turned over to verify if it is legitimate, but stressed it would be difficult for fixers to copy to the real thing due to the numerous security features in place. Galvante also assured the public that the LTO is capable of addressing applicants’ needs despite not being at full capacity in terms of workforce.”

“A measure has been filed in the Senate mandating government agencies to set up road and public-safety signage that follow international standards to help reduce car accidents and other hazards.

“Senator Grace Poe has put forward the Public Safety Signages Accountability Bill, seeking to require government offices to provide timely and correct information on traffic instructions, road hazards, and other warning signage to the public. Through the bill, more visible road signs at ideal distances will be installed and, ultimately, help protect and save many lives from accidents.

“The measure will put the Department of Public Works and Highways (DPWH) in charge of public safety signs on national roads, while the Metropolitan Manila Development Authority (MMDA) will oversee national roads in Metro Manila and local government units will take responsibility for local roads.

“Meanwhile, the Department of Environment and Natural Resources–Mines and Geosciences Bureau will be tasked to update the geohazard map and identify areas prone to floods, landslides, earthquakes, volcanic eruptions. The agency should also coordinate with the DPWH and the MMDA on setting up the necessary signs.

We cycle as one: Help map out local bike lanes and routes

“Some local cyclists and groups have begun mapping out and uploading bike lanes, hazards, repair stations, and other pertinent information to OpenStreetMap. The initiative is being supported by OpenStreetMap Philippines, LifeCycles PH, Bike Lanes Spotting PH, The Asia Foundation, and MapBeks. You can pitch in by going to this link.

“The entire process of helping with the map is simple: Just search for a location, click on the map, and choose what you want to plot from a drop-down menu. You can draw the length of a bike lane (you can choose from painted, buffered, or one with a barrier), or plot a point if it’s a repair station, bike shop, or bike rack. You can even add photos, too.

“It’s pretty much the same process if you want to map out a hazard: Search a location, click on a specific point, and select what type of hazard you’re plotting. You can choose from obstructions and hazards like poor lighting, poor road conditions, accidents, construction work, and floods.”

“After some delays—mainly due to the COVID-19 pandemic—the LRT-2 East Extension will officially be inaugurated next week, on June 23, and the new train stations in Marikina and Antipolo will finally be operational.

“Prior to the rail extension’s grand opening, the Light Rail Transit Authority (LRTA) has shared the approved fares for the entire train line. According to the official matrix, a train ride from Recto to either Marikina or Antipolo (and vice versa) will cost P30 for single-journey tickets and P26 for stored-value cards (Beep cards). For a clearer look, you can check out the said fare matrix below.” 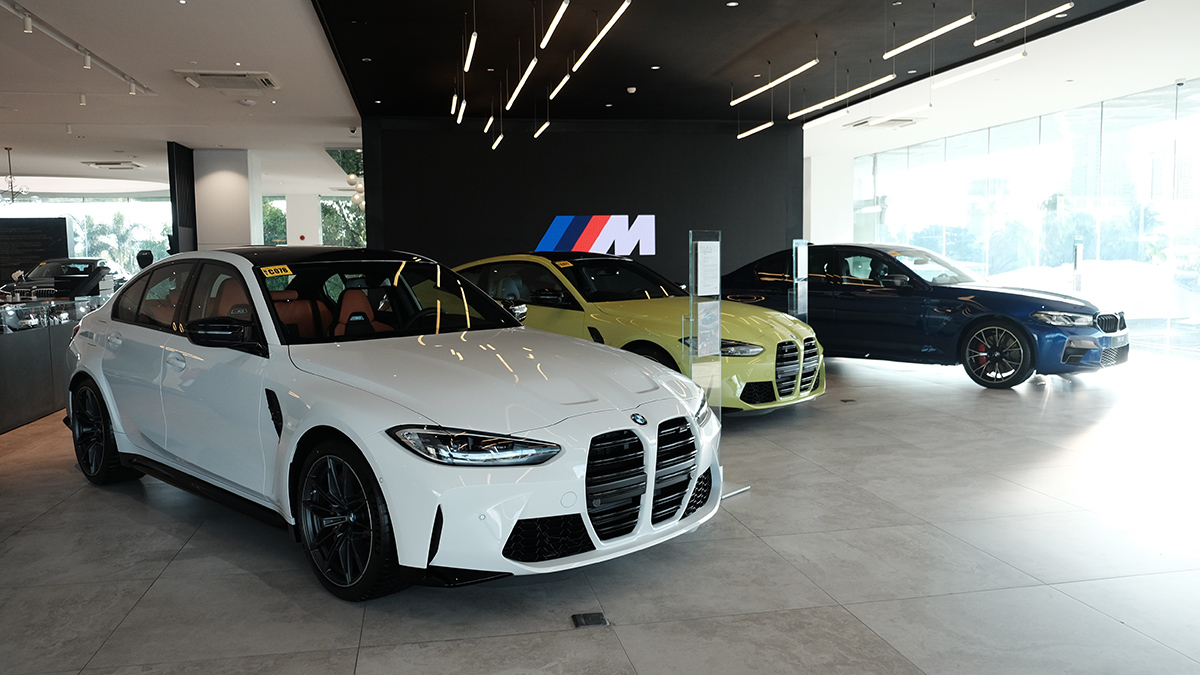 BMW gives us an M-gasm as M3, M4 and M5 Competition launch in PH
View other articles about:
Read the Story →
This article originally appeared on Topgear.com. Minor edits have been made by the TopGear.com.ph editors.
Share:
Retake this Poll
Quiz Results
Share:
Take this Quiz Again
TGP Rating:
/20