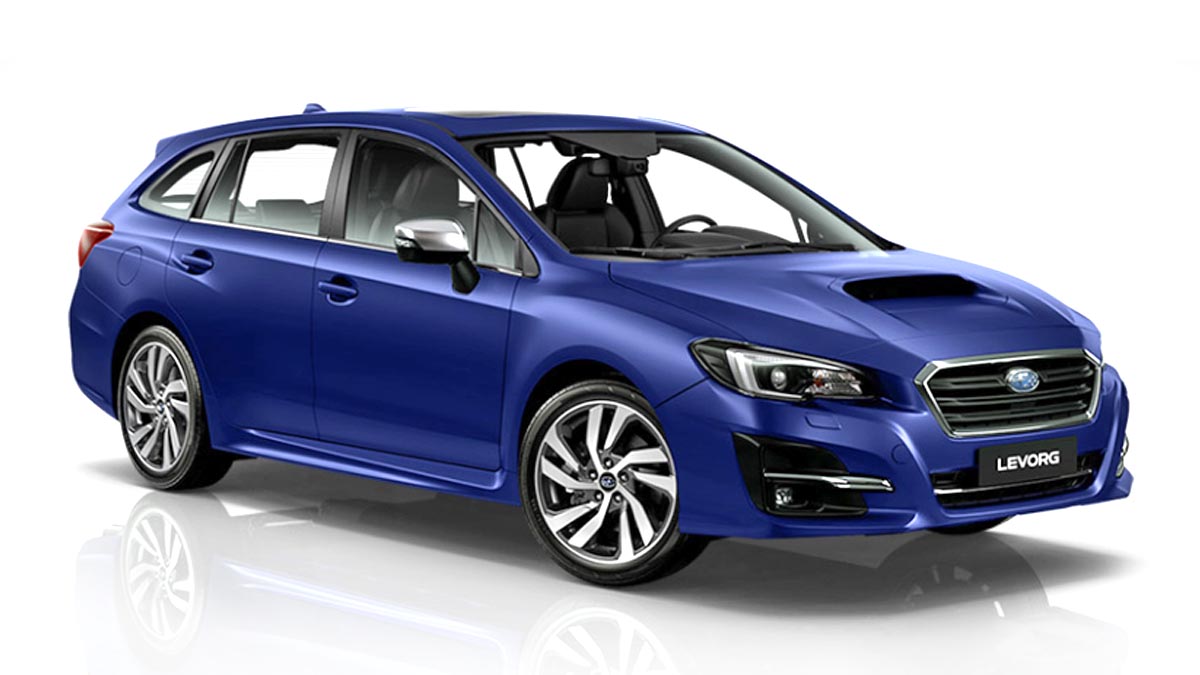 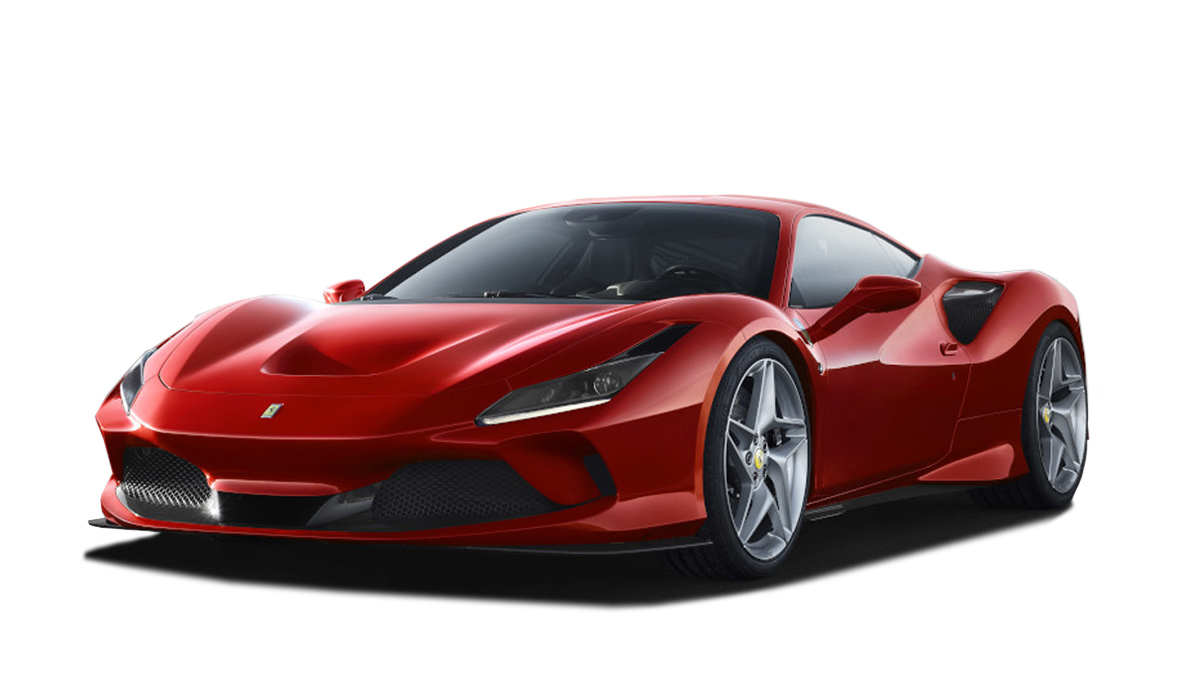 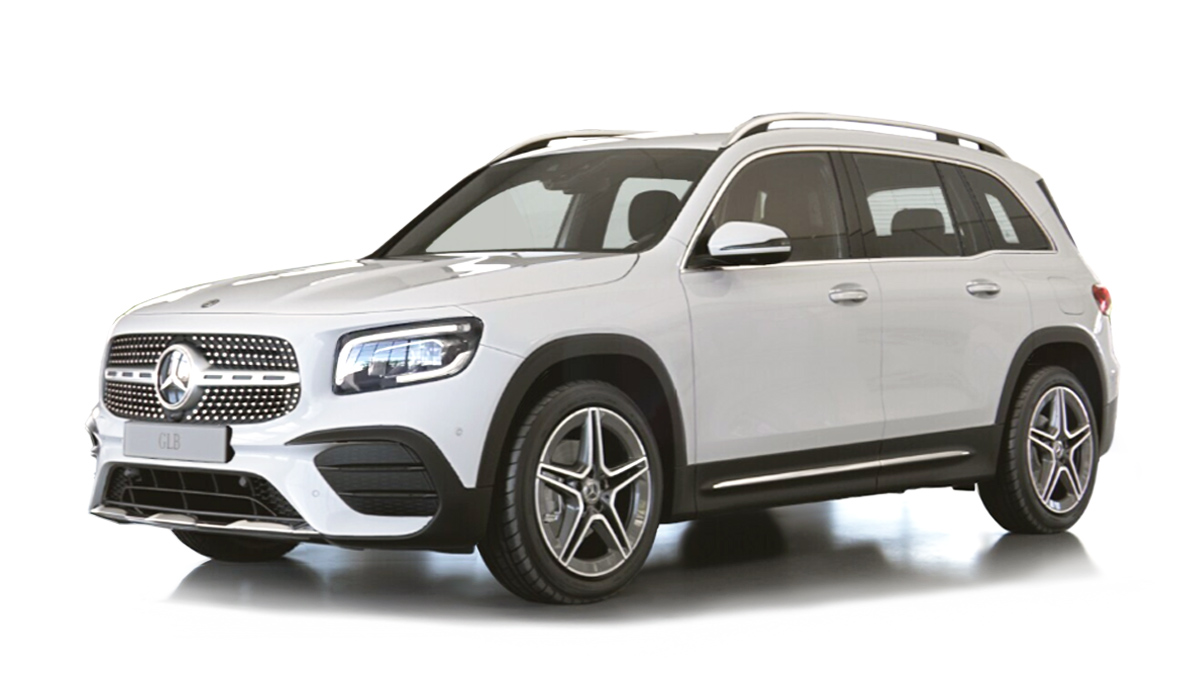 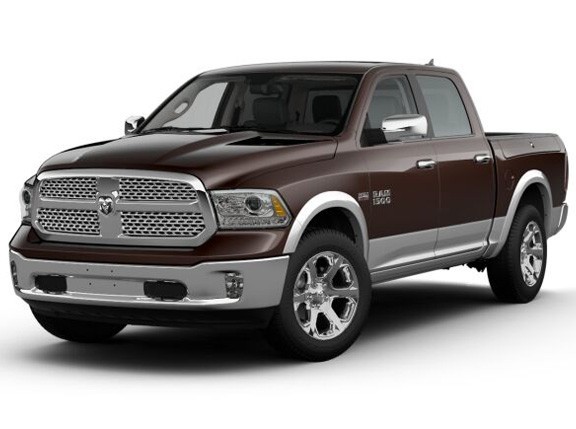 The refreshed Toyota Hilux has been spotted on Philippine roads 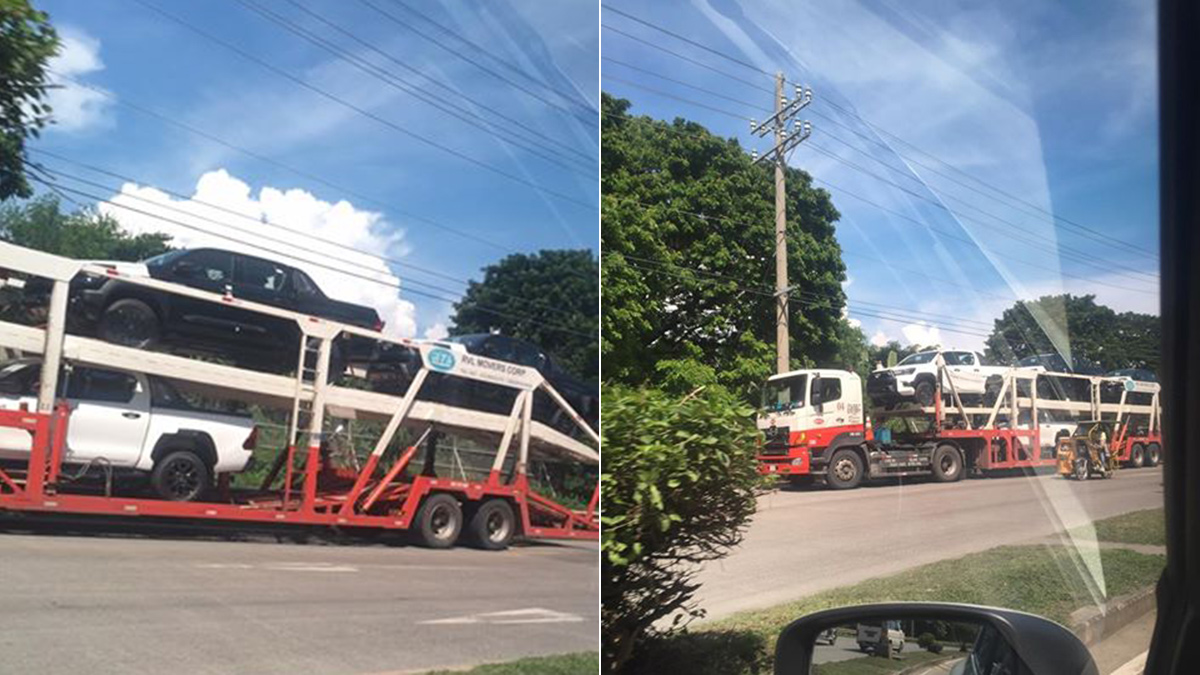 “The cat’s out of the bag: The new Toyota Hilux is already in the Philippines. The refreshed version of the hot-selling pickup truck was recently spotted on public roads in Santa Rosa, and photos sent to us by reader Cedric Dinglasan give us a proper look at the vehicle’s revamped face.

“Images on social media show the new Hilux onboard a car carrier, possibly heading to the Japanese car manufacturer's Santa Rosa facility from the port of Batangas. As you can see, the Hilux now comes with a more rugged-looking front end courtesy of an intimidating new grille design and new foglight housings. The look we see here is identical to units launched in neighboring Thailand.”

The Toyota Corolla Cross has been officially launched in PH 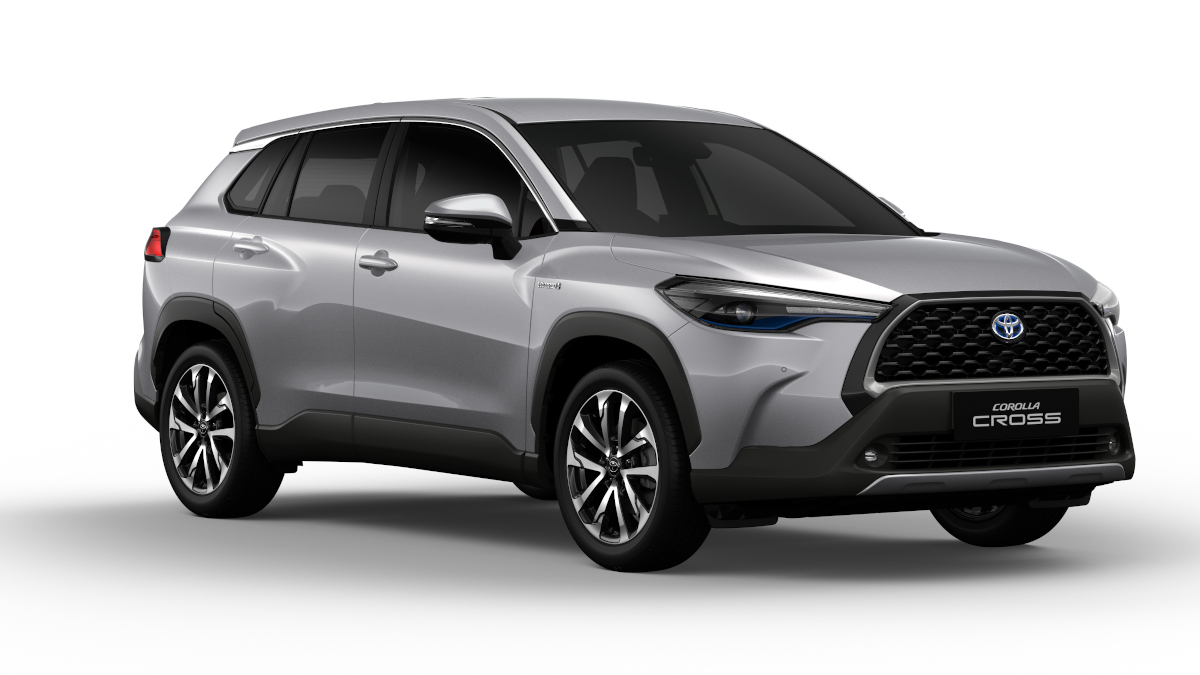 “This is it, ladies and gentlemen: Toyota Motor Philippines (TMP) has finally pulled the wraps off of the new Corolla Cross.

“As mentioned in our previous stories, the Corolla Cross comes with both a petrol-powered engine and a hybrid powertrain. The internal combustion setup on the G CVT variant features a 1.8-liter in-line-four dual VVT-I mill that generates 138hp and 172Nm of torque.

“The hybrid setup is made up of a 1.8-liter engine and an electric motor that delivers a total system output of 120hp. Apart from its low emissions and fuel efficiency, the Toyota Corolla Cross hybrid also boasts self-charging capabilities through regenerative braking, just like the Corolla Altis hybrid.

“As far as pricing goes, it appears our initial info checks out. The petrol-powered G CVT  variant is priced at P1,285,000, while the hybrid V HV goes for P1,650,000. Both models can be had with a Platinum White Pearl Mica finish for an additional P15,000.” 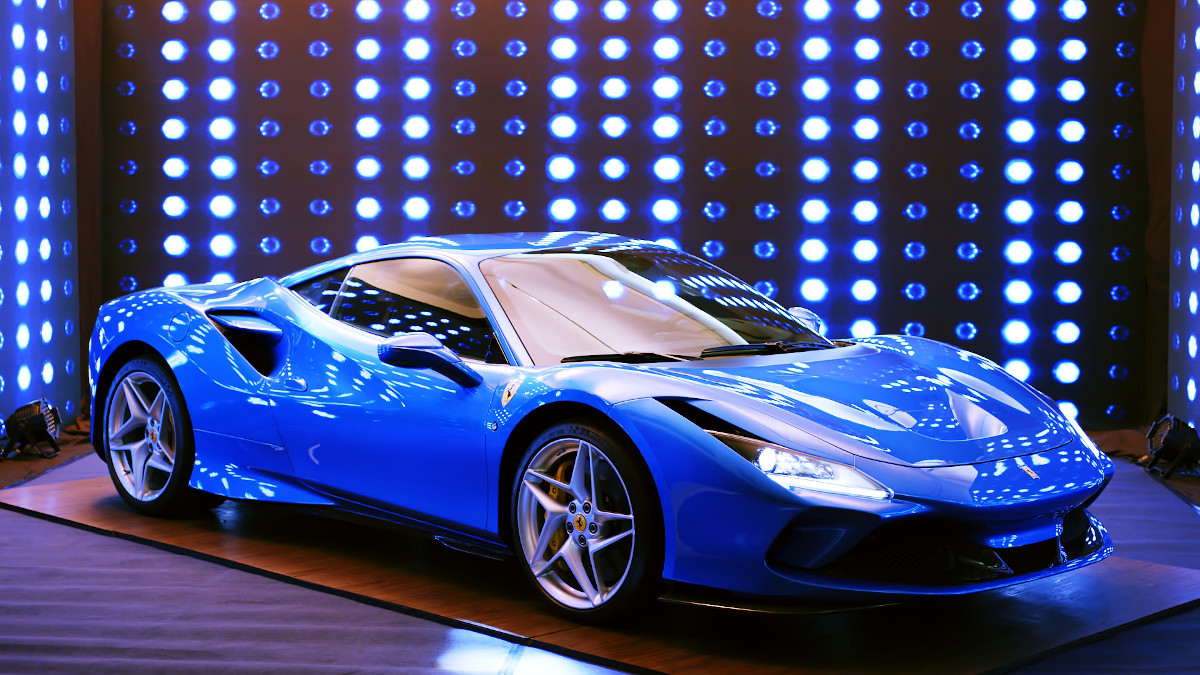 “There’s a new Italian supercar in town, and this latest one comes courtesy of the Prancing Horse. Motostrada, the official exclusive distributor of Ferrari cars in the Philippines, has just officially launched the Ferrari F8 Tributo.

“The Tributo is the most powerful V8 supercar that the Maranello-based carmaker has ever built, and it’s looking to prove itself as the worthy successor to the 488 GTB.  On top of the stylish, sporty physique, the Tributo boasts refined aerodynamics that improves overall performance. Specifically, its structure has been redesigned to specifically cut drag and increase downforce.

“Inside, the Tributo offers a driver-oriented cockpit clad in premium soft-touch materials. Highlighting the cabin is the new steering wheel smothered in several controls. This is complemented by a plethora of black leather and some carbon fiber trims that have been distributed around the interior.

“Improving the Tributo’s performance even further is the 3.9-liter turbocharged V8 that powers this mid-engine supercar. The powertrain is mated to an F1 seven-speed dual-clutch gearbox and generates a whopping 710hp and 770Nm, allowing the car to do 0-100kph in just 2.9sec. Meanwhile, speed tops out at 340kph.”

Kia Philippines will officially launch the Stonic in October 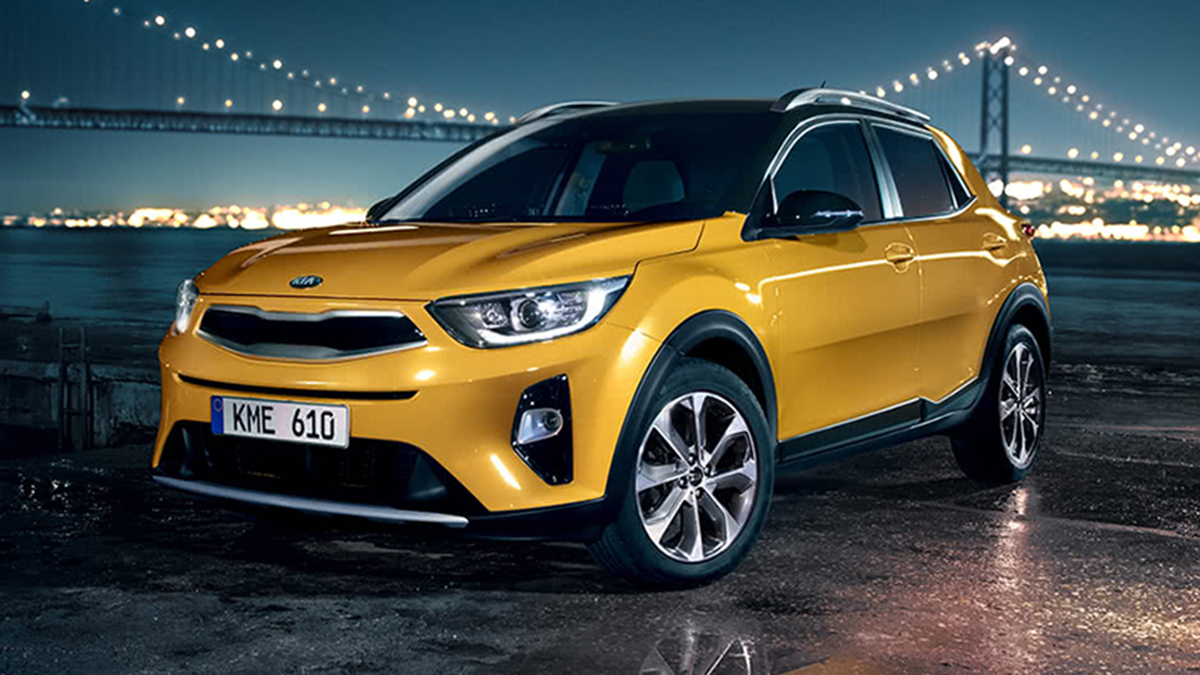 “It looks like our guess was right: Kia Philippines is, in fact, launching the Stonic in our market.

“How soon, then? Well, in a previous meeting with Kia Philippines, we were told that the new vehicle was set to arrive in the fourth quarter of 2020. But now, according to its latest announcement on social media, the Stonic will be launched in October.

“That’s the only information the Korean carmaker has given as of this moment. No details on the subcompact crossover’s powertrain yet, so we still can’t say for certain whether or not we’ll be getting the updated model once it arrives here.” 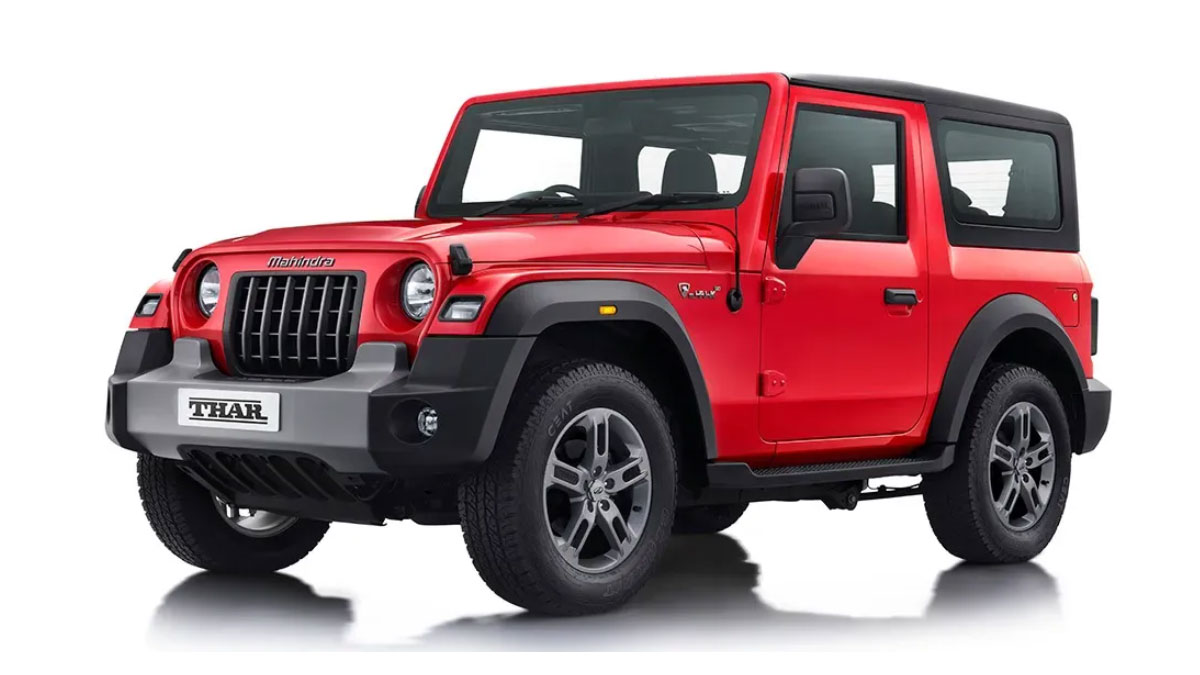 “No, that’s not a Jeep Wrangler—that’s a Mahindra. And yes, we’re already well past April Fool’s, so don’t bother checking your calendar twice.

“What you’re looking at is the new Mahindra Thar, a 4x4 SUV that has just been launched in India. Save for the grille, it basically looks like the Wrangler, so we won’t even bother talking about the exterior styling.

“Inside is where you’ll really see how the Thar differs from the Wrangler. The carmaker hasn’t gone into much detail about it, but by the looks of things, there isn’t much leather to go around the cabin. The seats feature a mix of both leather and fabric, though it appears the dashboard, the door panels, and the center console are all built with hard plastic for the most part.

“The disparity grows bigger when you peek under the hood, as the Thar gets either a 2.0-liter mStallion TGDi gasoline engine and a 2.2-liter mHawk diesel mill. The former produces 150hp and 320Nm, while the latter is capable of 130hp and 320Nm—either of which is a far cry from the corresponding output figures of the Wrangler’s 2.0-liter turbo or V6 powerplants.” 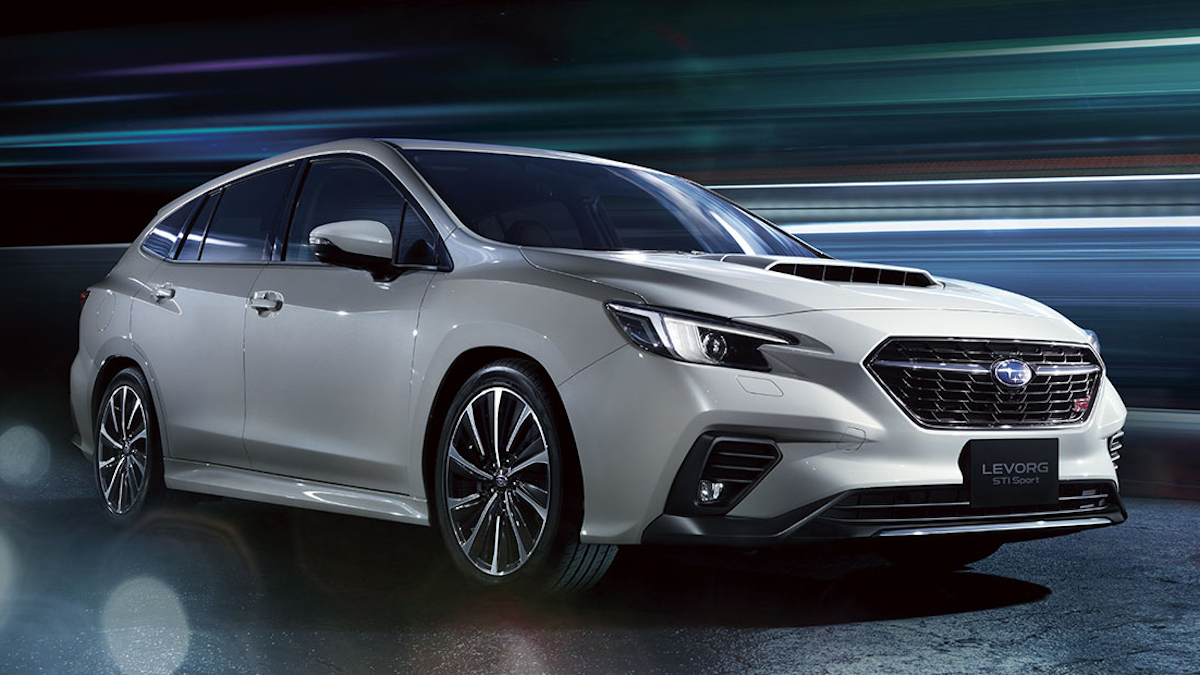 “The new-look wagon now features a much sportier design, with more aggressive-looking headlamps and sleeker lines highlighting the front fascia. The same can be said about the Levorg’s rear, with redesigned taillights that look similar to that of new Forester. Other exterior elements such as the bumpers and the wheels add to the stylish appeal.

“Under the hood, the all-new Levorg impresses further. It now packs a 1.8-liter horizontally-opposed direct-injection turbo engine that generates a whopping 300Nm of torque and is mated to a Lineartronic CVT. It’s also now built on the Subaru Global Platform with a full inner-frame construction. And, of course, the next-generation Levorg also gets Subaru EyeSight safety features to boot.

“Subaru has also released more details and images of the Levorg STI Sport. The performance wagon comes with an even more stylish exterior and interior, as well as some added driver-oriented tech including the five different drive modes for optimum on-road performance. No word, however, if the Levorg STI Sport is available with a WRX STI turbocharged engine. We sure hope so.” 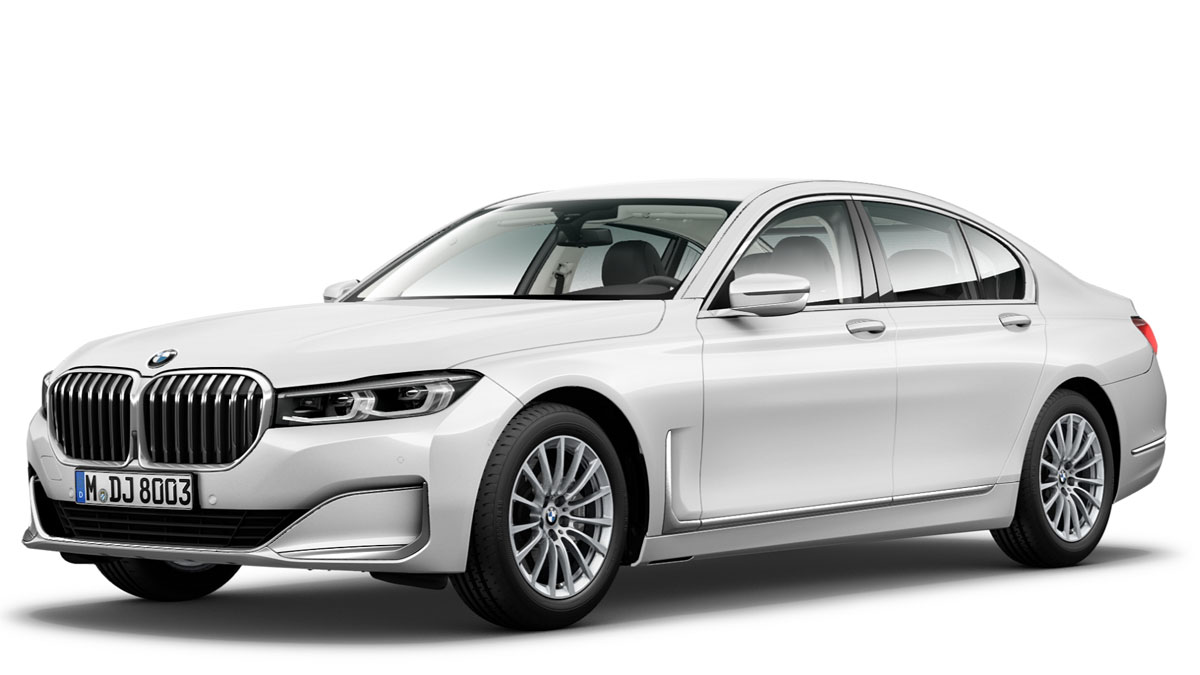 “BMW Philippines dropped a bombshell tonight when it announced that its facelifted flagship model, the 7-Series, will now come with a price tag starting below P6 million for 2020, and that it is bringing in the country’s first plug-in hybrid electric vehicle (PHEV).

“The refresh brings in the ‘controversial’ massive kidney grille. I deliberately put those single quotes because when you see it in person, and I have, the grille suits the car’s large size. With the larger nose comes sleeker headlights, as slim adaptive LEDs now give the 7-Series a more aggressive countenance.

“The base variant is the 730i Pure Excellence, which attains its magical price tag of P5,990,000 by losing the long wheelbase of its predecessor. But those who yearn for the extra bit of legroom will have to go hybrid, as the P9,590,000 745Le Pure Excellence only comes in PHEV form.” 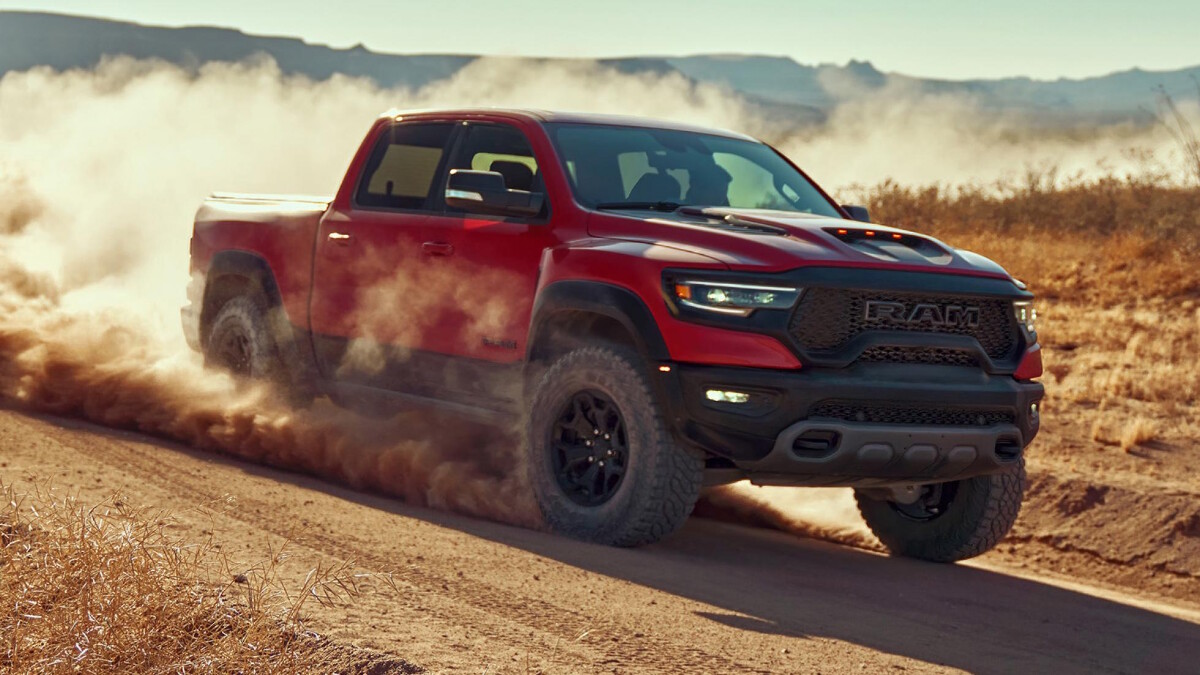 “Crack open the popcorn, folks—this is the 692hp Hellcat-engined Ram 1500 TRX, the first major competitor that the Ford F-150 Raptor has had to deal with in the history of ever. And it’s got what all those Raptor naysayers want: a big ol’ thirsty V8 with a supercharger whacked on top—not some sissy twin-turbo V6. Their words, not ours.

“This absolute anvil of power follows on from the news that every single model in Dodge’s range can have a Hellcat-powered, 700hp+ SRT version. But FCA’s truck brand wanted in on the looney asylum, so it has followed suit, by dropping the familiar 692hp and 880Nm supercharged 6.2-liter V8 in a crew-cab pickup.

The all-new Mercedes-Benz GLB is priced at P3.79-M 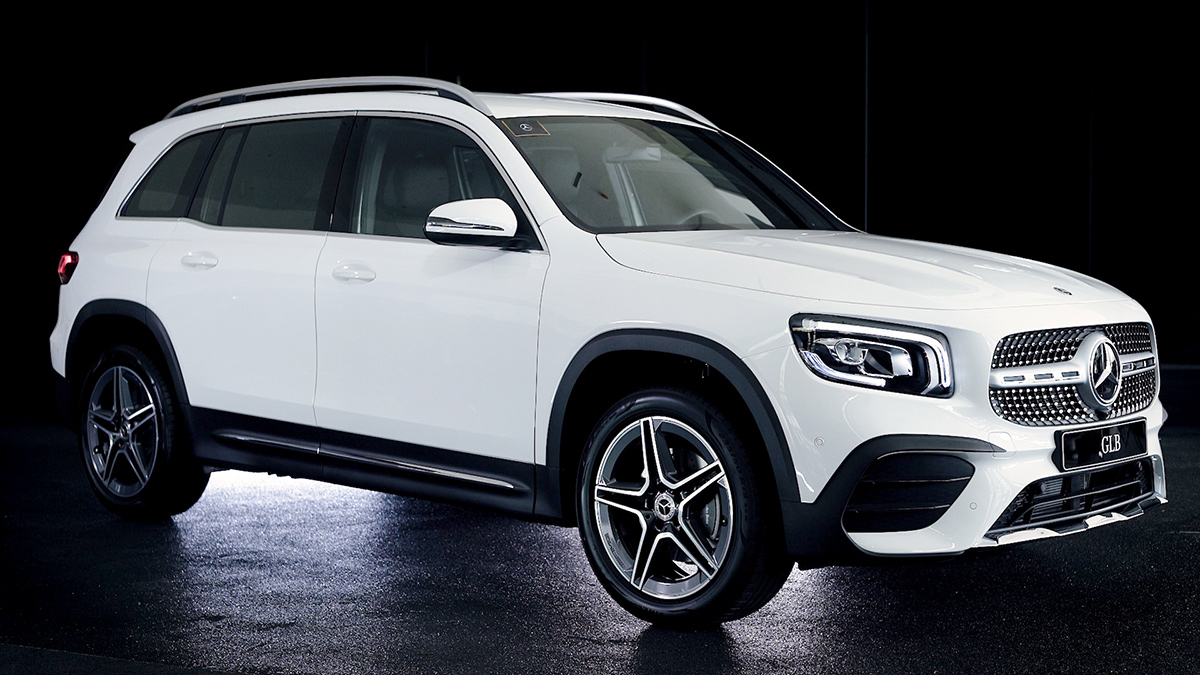 “Luxury car buyers on the hunt for a brand-new seven-seater are in luck, as Auto Nation Group (ANG)—Mercedes-Benz’s official local distributor—has just launched the all-new GLB featuring a third row and two extra seats in the back.

“The vehicle is the first compact SUV from the German carmaker to come with seven seats, and it’s a characteristic that ANG hopes will help draw in more space-conscious buyers in the local market. The all-new GLB is available in just one variant, the GLB 200 AMG Line, and carries a P3,790,000 introductory price tag.” 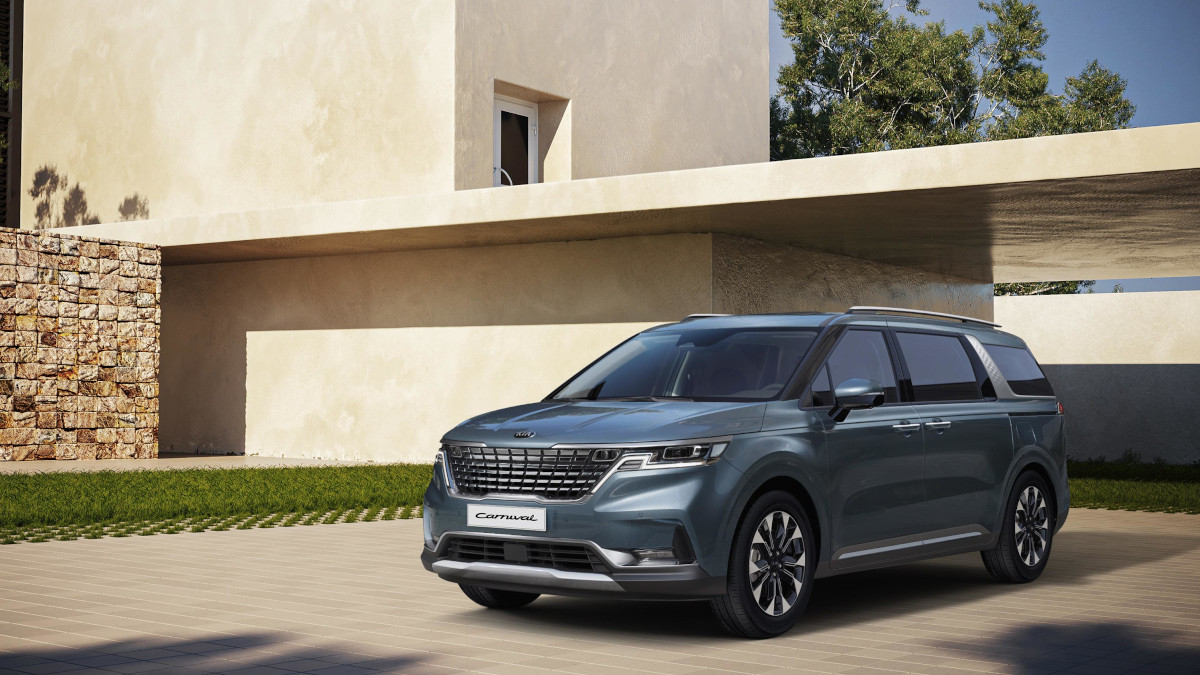 “Kia has officially revealed the all-new Carnival, which means we can finally take a full, detailed look at this next-generation minivan.

“As we’ve seen from the Korean carmaker’s recent preview, the Carnival’s exterior has undergone a major redesign. It sports a new-look front fascia with a more aggressive-looking tiger-nose grille than before. Thin, swept-back headlamps are highlighted by stylish DRLs.

“The latest Carnival features sharper lines on the sides along with prominent wheel arches and C-pillars. Out back, it gets taillights that are styled to appear like one long, horizonal bar, and a new rear bumper and skid plate.

“The interior, which we also got a glimpse of in a recent preview, is roomy and comfy, as befits a vehicle of this kind. It’s based on what Kia calls the concept of ‘Spatial Talents,’ offering both a wide array of tech and an abundance of space for both passengers and cargo. It’s available in three- or four-row configurations that can seat seven, eight, or 11 passengers in total.

“Moving on to what’s under the hood, the Carnival packs Kia’s new ‘Smartstream’ powertrains. The gasoline options are a 3.5-liter gasoline direct-injection (GDi) V6 that generates 290hp and 355Nm, and a 3.5-liter multi-point injection V6 that’s capable of 268hp and 332Nm. The third option is a new 2.2-liter Smartstream diesel mill that produces 199hp and 440Nm of torque.” 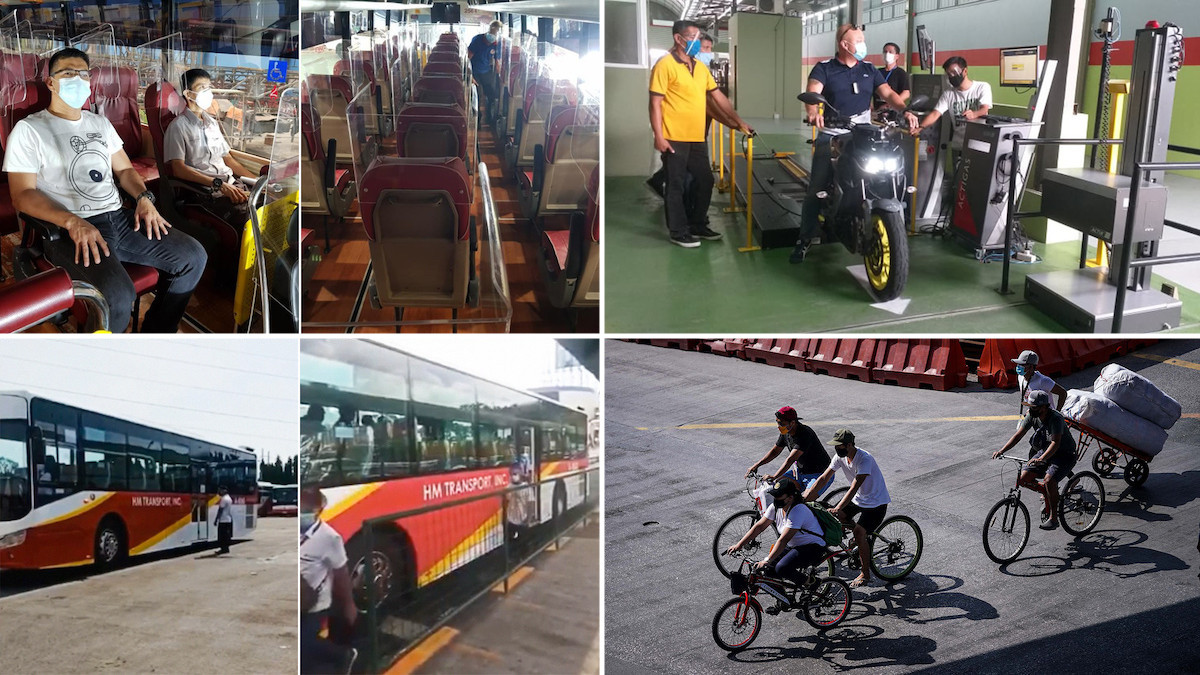