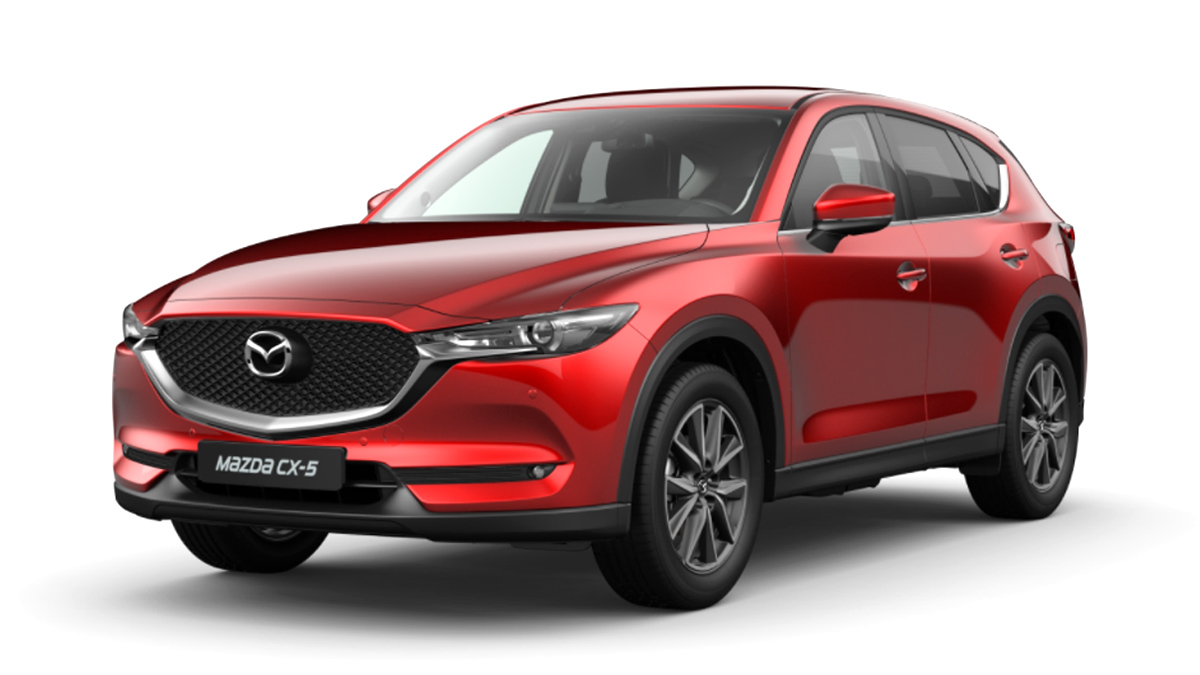 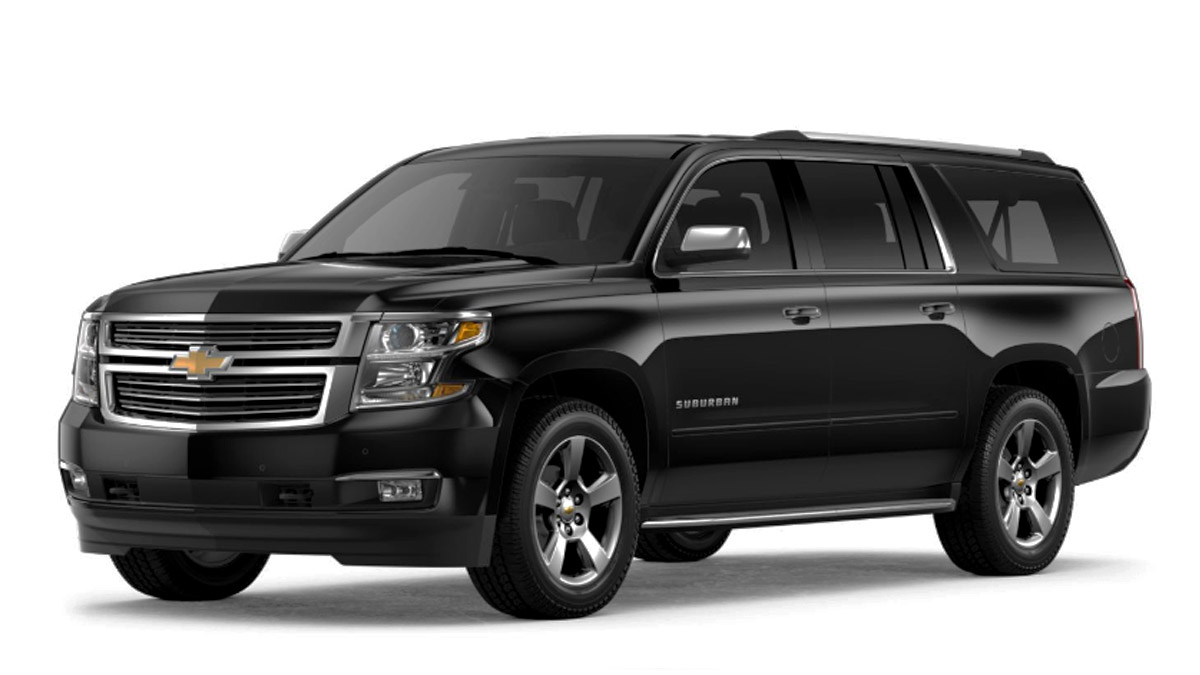 The Hyundai Casper will start at under P600k in South Korea 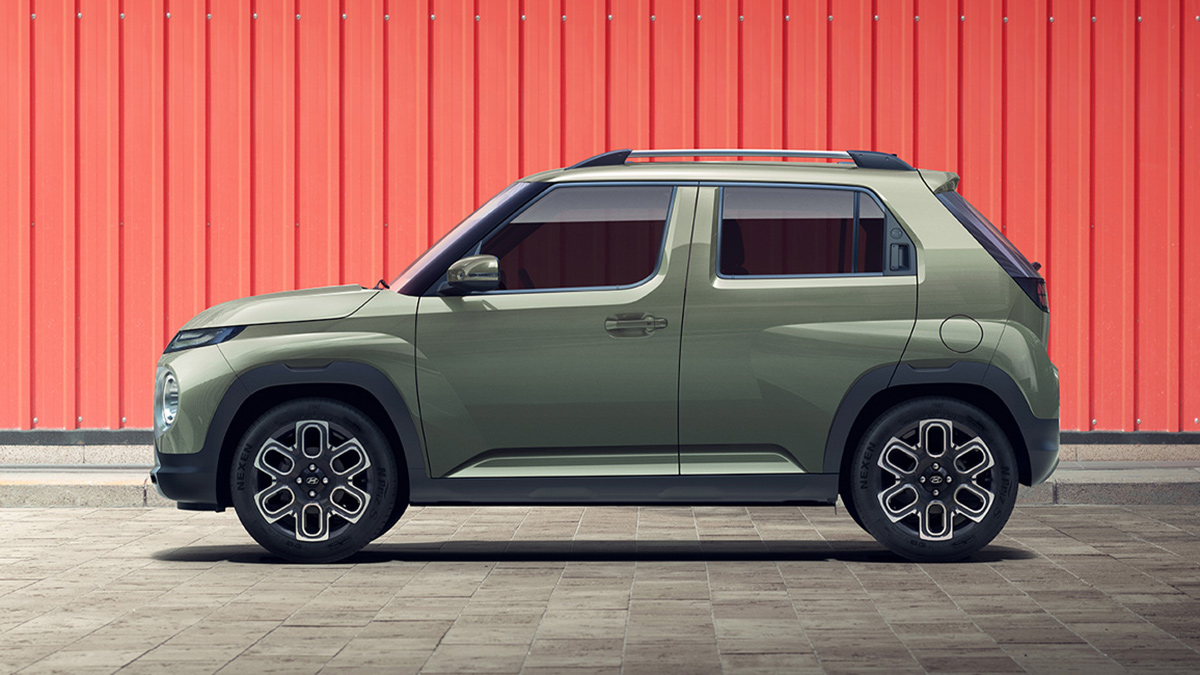 “Earlier this month, Hyundai caught our attention with the reveal of a brand-new mini SUV called the Casper. It’s a promising little thing with a fun design and an ultra-compact form factor that would be perfect for urban driving environments. Now, we know it’s going to be very affordable as well.

“The South Korean car manufacturer has released details surrounding the upcoming Casper, including pricing details to go along with additional images.

“You get two engine options here. The first is a 1.0-liter MPI gasoline, and the second is a 1.0-liter turbo, though their exact outputs have yet to be revealed by the manufacturer. The latter option will be equipped in ‘Smart,’ ‘Modern,’ and ‘Inspiration’ Casper units, while the turbo goes to ‘Active’ versions.

“We also get a proper look at the model’s interior and, so far, we’re really liking what we see. The interior is equal parts stylish and quirky, with a cozy vibe that’s kept together by a simple layout and color scheme. There’s a flat-bottom steering wheel, digital instrument cluster, as well as a nicely implemented floating touchscreen setup.

“Our favorite bit about the cabin, though, might be the seats. They come in a two-tone finish with a neat little armrest separating the front passenger and driver. All of them, including the driver’s seat, also fold down flat—a setup that could put this mini SUV above others when it comes to interior flexibility.”

These heavy-duty Suburbans will cost GM almost P18-M each 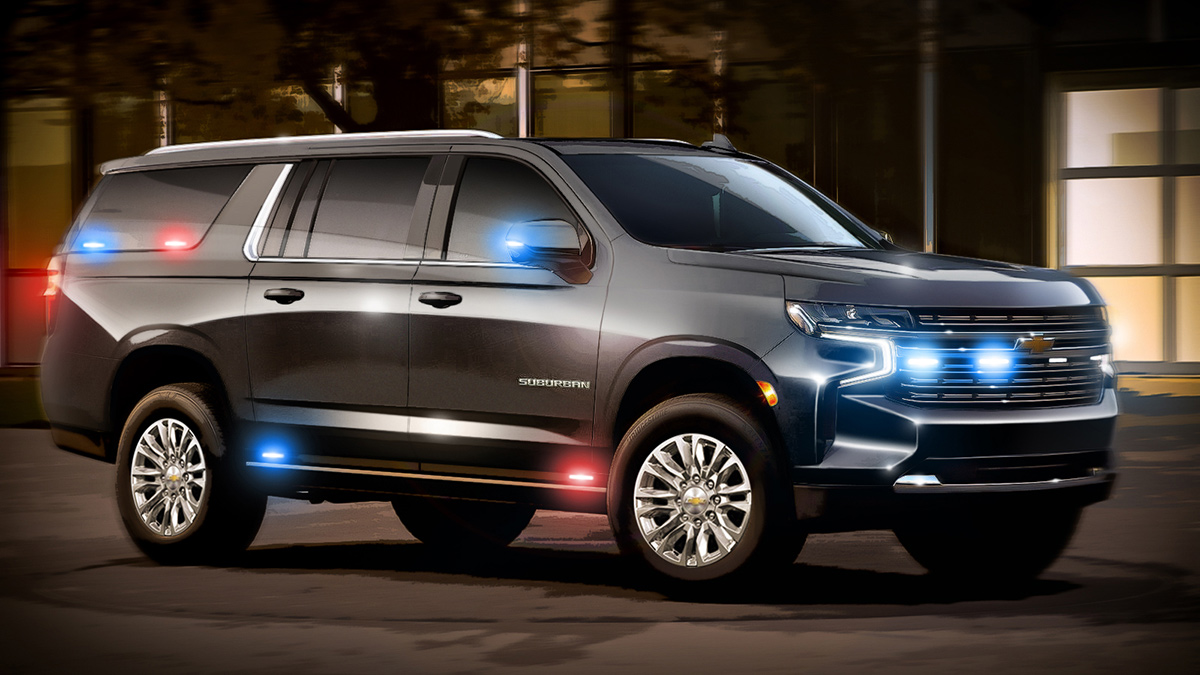 “There’s a reason the Chevrolet Suburban is a constant presence in film and television, often seen trying to keep VIPs in one piece from point A to B: the SUV has a reputation for being a go-to security vehicle in real life, too.

“Case in point? General Motors (GM) has just bagged a $36.4 million (P1.8 billion) contract with the US Department of State to develop and build heavy-duty Suburbans specifically for use by the government’s Diplomatic Security Service (DSS).

“Now, you might be thinking that these units will be armored in gold, or that the government threw money at GM Defense to build 10 Suburbans that combine to transform into a towering Kaiju-fighting robot. Neither is correct.

“These unique Suburbans will feature a purpose-built body-on-frame chassis and suspension and will come with a greater payload capacity and weight. GM Defense says it will have to use ‘advanced manufacturing tools and techniques’ to support the low-quantity order, too. Few other details regarding these vehicles were provided.”

Toyota unveils the new RAV4 Adventure for the European market 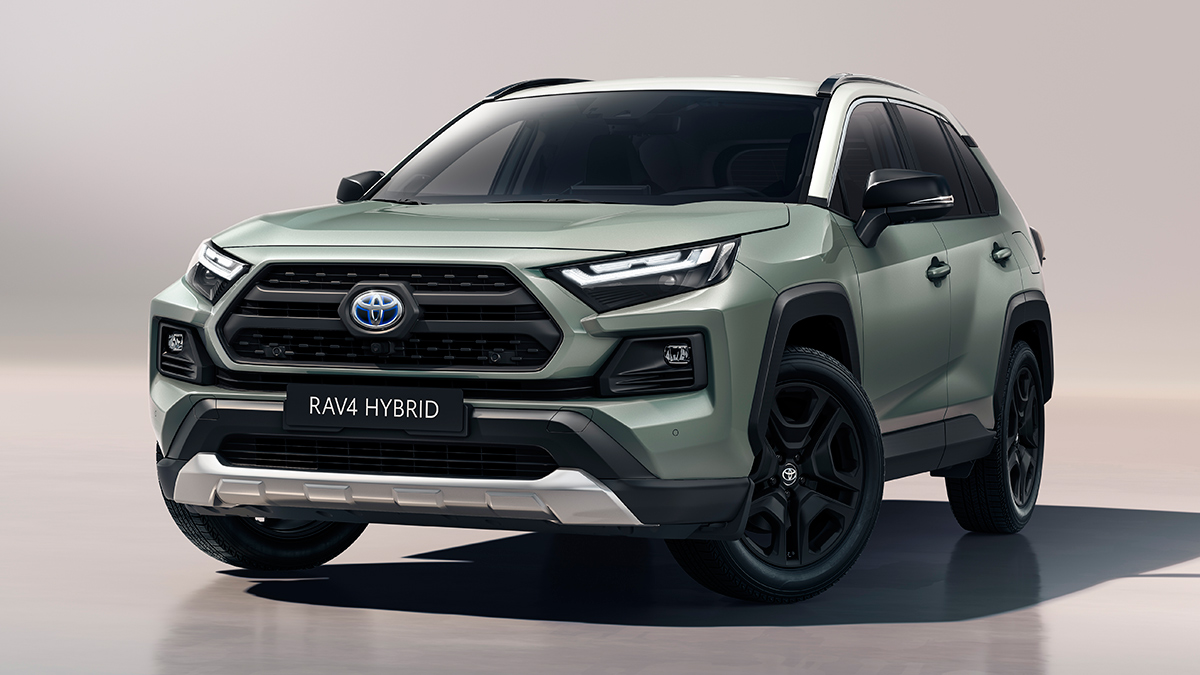 “No, this isn’t another Gazoo Racing release. It’s easy to see, though, how a person might mistake this for one on account of its appearance.

“This is actually the ‘Adventure’ version of the current-generation Toyota RAV4. Not bad, eh? There’s a new-look face and some body enhancements, which Toyota says endow the compact SUV with a “go anywhere” spirit.

“The front-end features an updated grille, as well as a new bumper and more generous use of rugged matte black plastic. Its fenders have been slightly extended, and this—together with the squarish new foglight housings that better accentuate the vehicle’s aggressive appearance—gives the RAV4 Adventure a more dominating presence.

“We also really dig the two-tone exterior we see here, which Toyota says pays tribute to the legendary FJ40 Land Cruiser, as well as the dark 19-inch alloys. Meanwhile, the cabin flaunts dark leathers and a stealthy overall vibe with some popping orange contrast stitching, as well as new scuff plates.

“Like it? Well, we hope you like hybrids, too, because this vehicle is only available as one. Powering it is a  powertain that utilizes a 2.5-liter four-cylinder gasoline engine and electric motors to produce 222hp. Sales are scheduled to begin in early 2022.”

This is the new Nissan GT-R T-spec edition 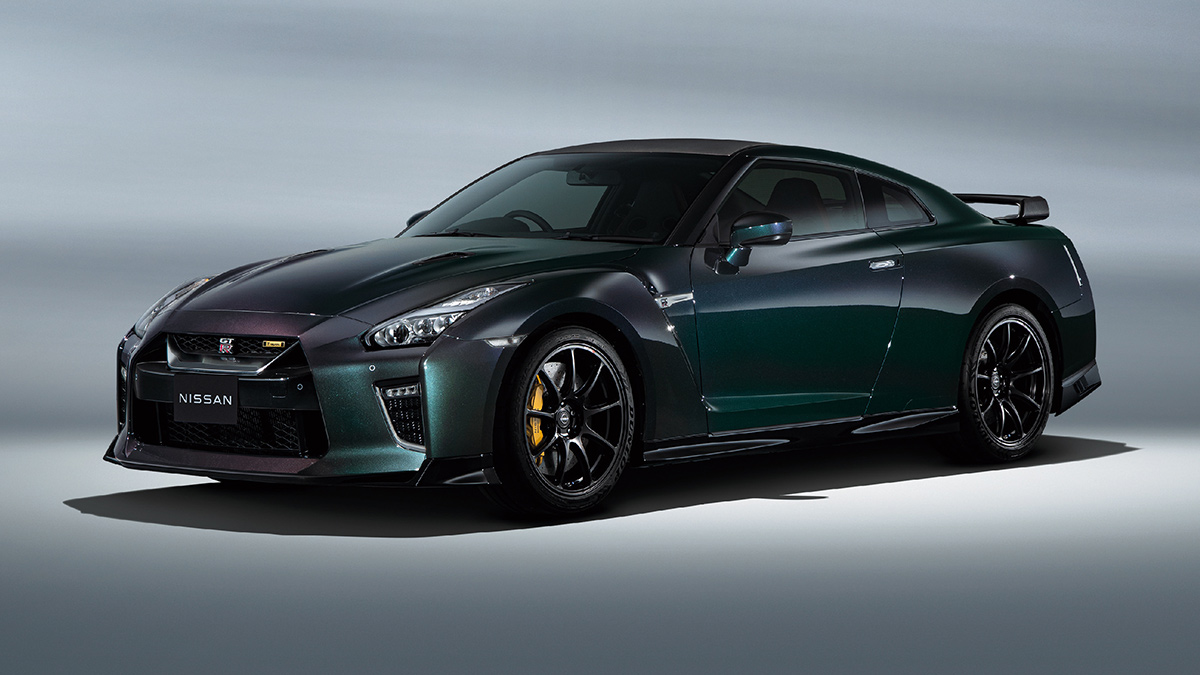 “Yes, not one, but two new Nissan GT-Rs. Christmas certainly came early for fans of this badge, eh?

“The carmaker has announced that it is expanding its GT-R lineup over in Japan and the US with the addition of a pair of limited-edition releases: The T-Spec Premium and T-Spec Track Edition, both engineered by Nismo. Both are scheduled to go on sale in the second half of October, and only 100 of them will be made.

“So, Japan- and US-only, and limited to 100 units? Tough luck then. If, however, you’re one of the lucky few who’ll be able to land a reservation, you’re in for quite a treat.

“The most obvious enhancement you’re looking at here is the colors. Exclusive to the T-spec offerings are new Midnight Purple and Millennium Jade exterior finishes. If they look familiar to you, it’s because they’re variations of special colorways released for the Midnight Purple R34 V-Spec and Midnight Opal R35 GT-R.

“Then you have a bunch of other add-ons meant to build on the performance car’s looks and capability. Both editions come with carbon-ceramic brakes, a carbon-fiber rear spoiler, and an exclusive engine cover along with special badging.” 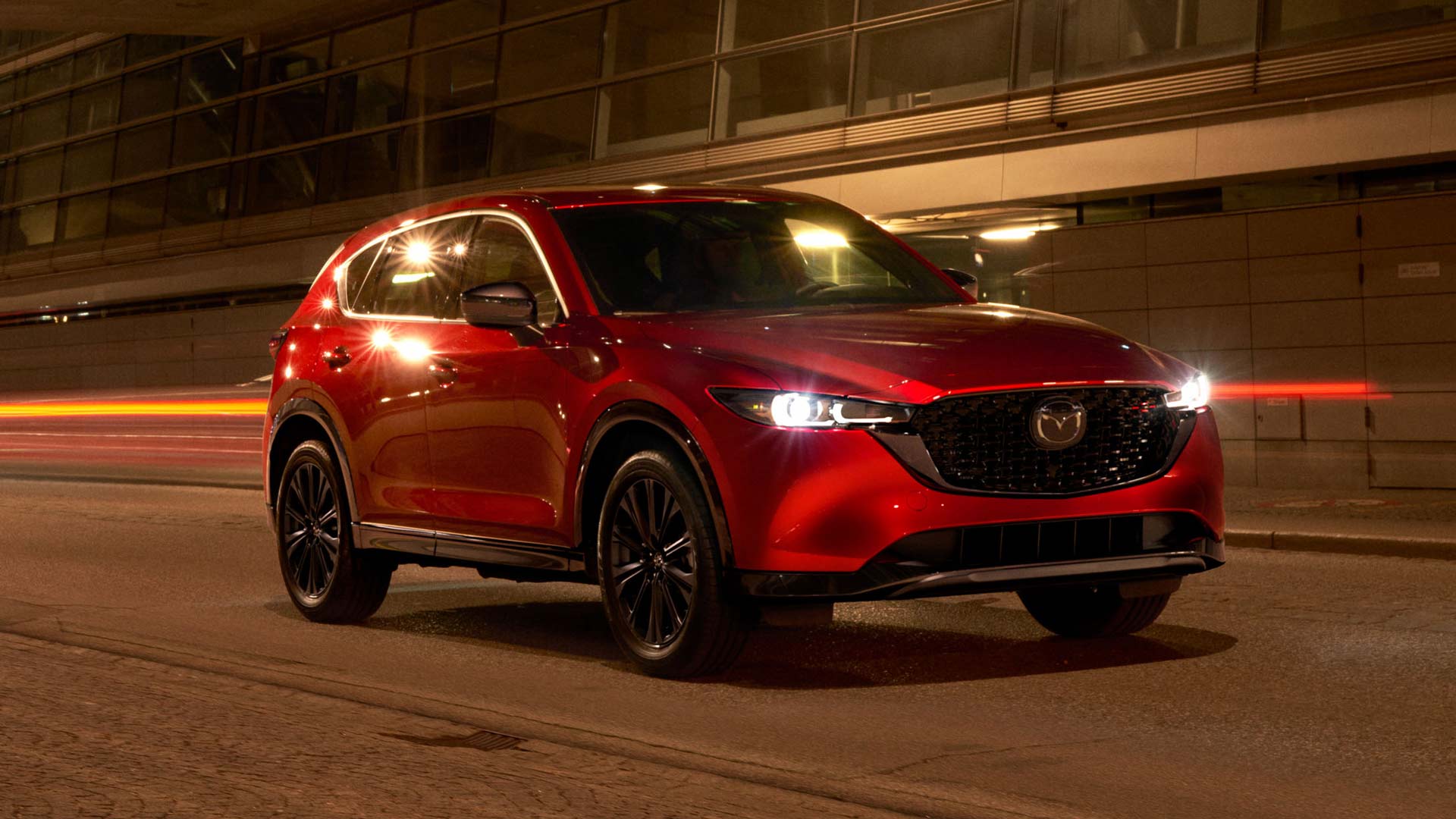 “The 2022 Mazda CX-5 that has now been unveiled for the North American and European markets features a much more refined look all around. Apart from the reworked bumper, you’ll notice that the black plastic claddings have been taken out to give the vehicle an even cleaner visage.

“The headlights and taillights, meanwhile, now get a pair of rectangular LED lights per lamp. The chrome on the front grille has been reduced a bit as well.

“No changes to the powertrain have been made, but turbocharged variants get more styling enhancements to separate them from the non-turbo versions in the range. The 2.5 Turbo variant features gloss-black finishes on the exterior and red accents and stitching inside the cabin. Meanwhile, the 2.5 Turbo Signature variant’s interior boasts a mix of Nappa leather and genuine woodgrain trim.

“The CX-5 also gets new tech in the package. The lineup now gets the Mazda intelligent Drive Select (Mi-Drive) function that enables drivers to select among drive modes to optimize comfort and performance. What’s more, Mazda’s i-Activ AWD system now comes as standard across the range.”

The Toyota Corolla Cross has gotten the Gazoo Racing treatment 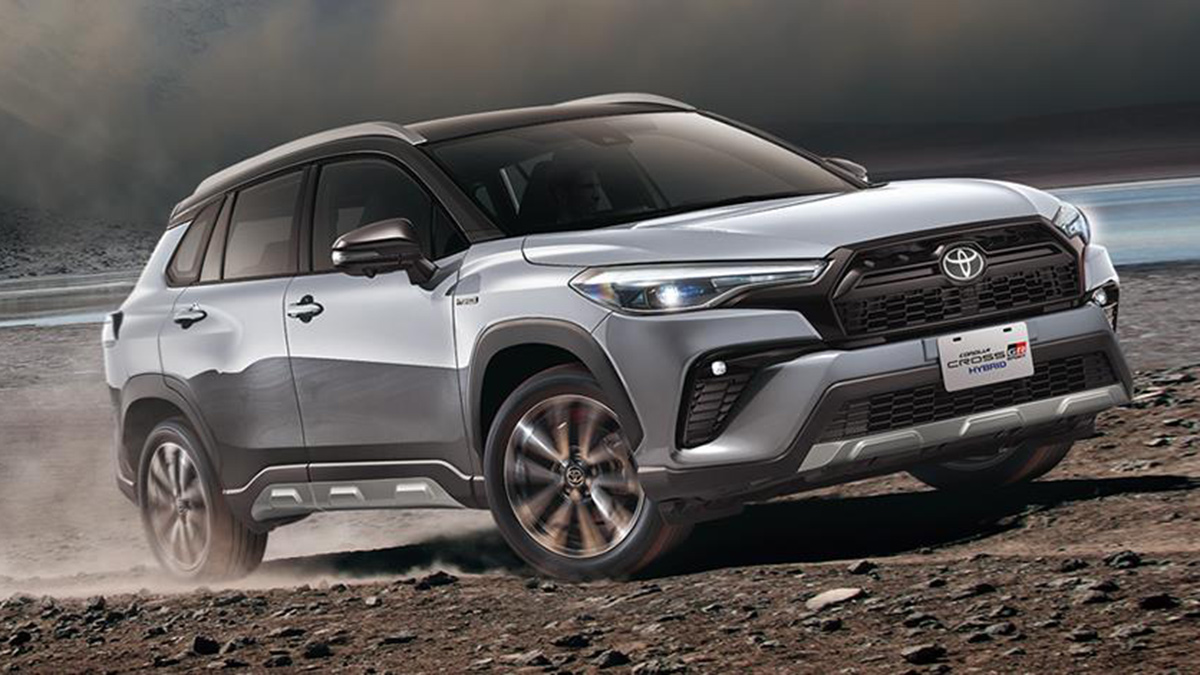 “If there’s anything that’s been made apparent by Toyota’s ASEAN lineup over the past several months, it’s that the Japanese carmaker isn’t shy about using its Gazoo Racing branding on its more consumer-oriented offerings.

“The Fortuner, Hilux, Rush, and Avanza are some of the mild-mannered Toyotas to recently get the GR Sport treatment, just to name a few. And now, you can add the Corolla Cross to that growing list.

“Over in Taiwan, Toyota is now offering the Corolla Cross as a GR Sport offering. Fortunately, its enhancements aren’t just skin-deep, as the brand has equipped the vehicle with a GR Sport suspension system and reinforced its chassis.

“Past that, you’re looking at some neat GR badging to go along with a more rugged face featuring a sportier mesh grille design and a new bumper. You’ll also find underguards at the front and rear.”

Feast your eyes on the all-new Subaru WRX 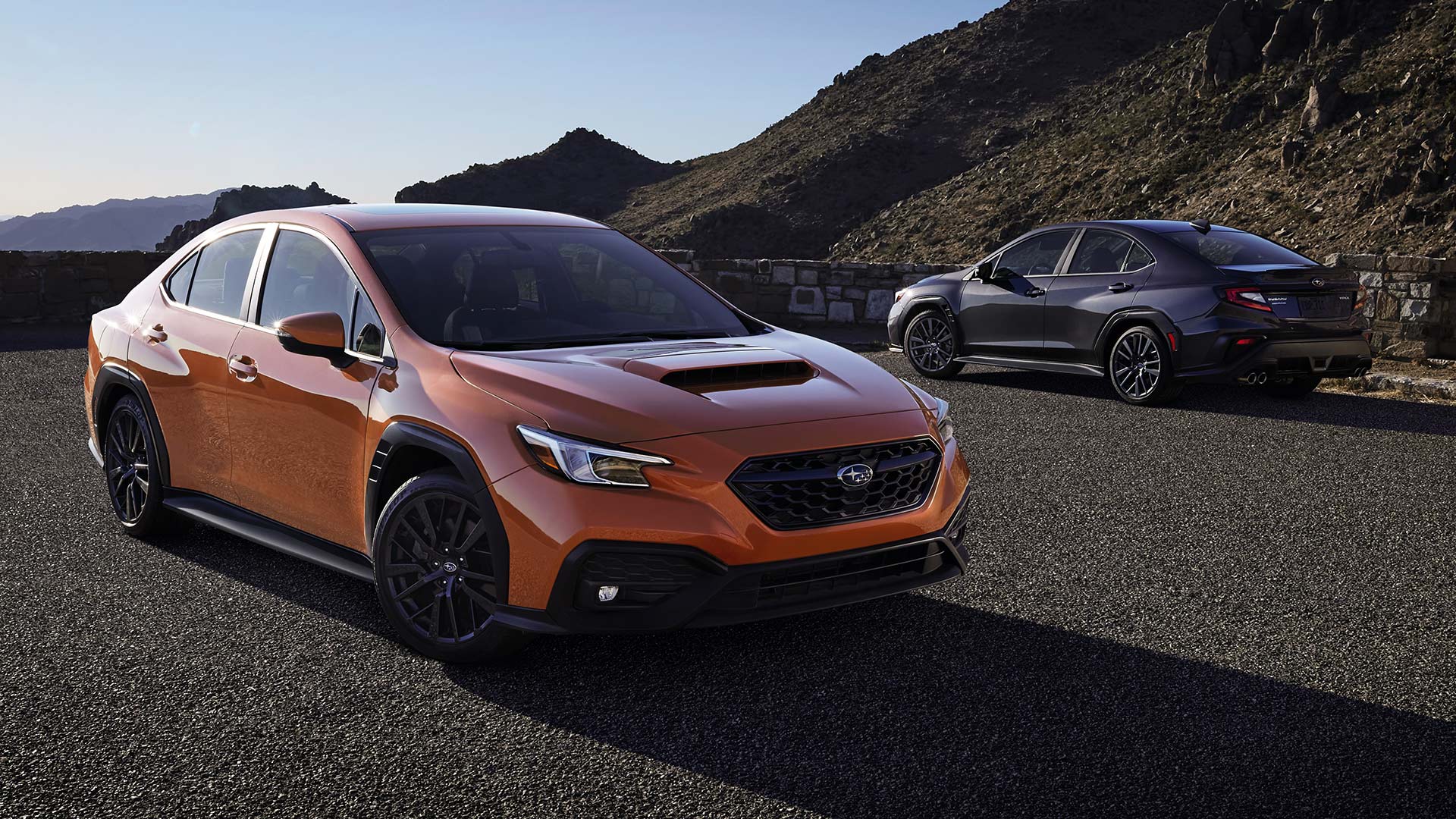 “After some delays, Subaru has finally unveiled the next-generation WRX—we now get an official look at the redesigned performance car and its new powertrain.

“The design changes up front aren’t drastic, but one of us here at Top Gear Philippines pointed out that it almost looks like a sedan version of the XV. The WRX gets new headlights reminiscent of the new Levorg’s. The grille pattern and the hood scoop have been retained, but there’s now a blacked-out bumper underneath.

“The rear end gets a bigger overhaul. Apart from the black cladding, diffusers, and twin-exhaust pipes, the WRX sports an entirely new look with those C-shaped taillights and reworked trunk. If those lights look familiar, that’s probably because you’ve seen them before on the new BRZ/86.

“Inside, the WRX gets a plethora of leather with contrast red stitching as well as carbon-fiber inserts. The biggest eye-catcher here is the 11.6-inch infotainment system that offers Apple CarPlay and Android Auto connectivity to go along with actual knobs and buttons.

“One of the notable features of the massive screen is its split-screen capabilities that give a simultaneous view of different information such as navigation and entertainment. This head unit is paired with an 11-speaker Harman Kardon setup.

“The fifth-generation Subaru WRX also gets upgrades to its powertrain. It now comes with a slightly more powerful 2.4-liter turbocharged boxer engine churning out 271hp. This is mated to either a six-speed manual or the Subaru Performance Transmission, and automatic transmission with an eight-speed manual mode.”

These Mitsubishi Stradas are ferrying COVID-19 patients in Thailand 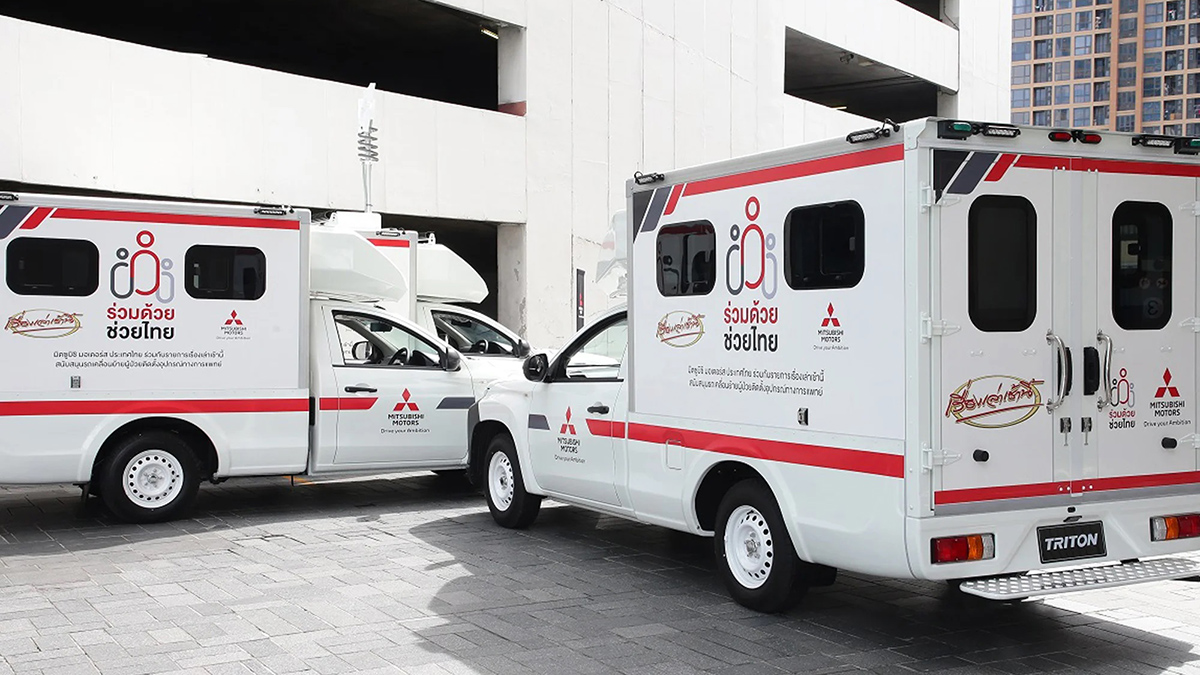 “The Philippines isn’t the only country in Southeast Asia currently battling the surge of COVID-19. Over in Thailand, the number of cases has been trending upwards over the past several months, too.

“According to the company, the builds cost over 3.7 million Baht (around P5.59 million) in total. Each unit is equipped with a rear compartment with a sealed airflow separate from the driver’s cabin. These can accommodate up to 10 people, and feature walls and ceilings made from antibacterial plastic. They’re also constructed from high-grade aluminum that the brand says can withstand impacts.

“These emergency vehicles come with plenty of medical equipment as well. The list of lifesaving devices stored in each one includes HEPA air purifiers, ozone generators, ultraviolet lamps, resuscitators, and other basic life-support equipment as well as oxygen supplies.

“Since these are based on the Triton 2WD single cab, they come powered by a 2.4-liter turbodiesel capable of 179hp and up to 430Nm of torque.”

The Ford Fiesta has a three-door workhorse version in the UK, too 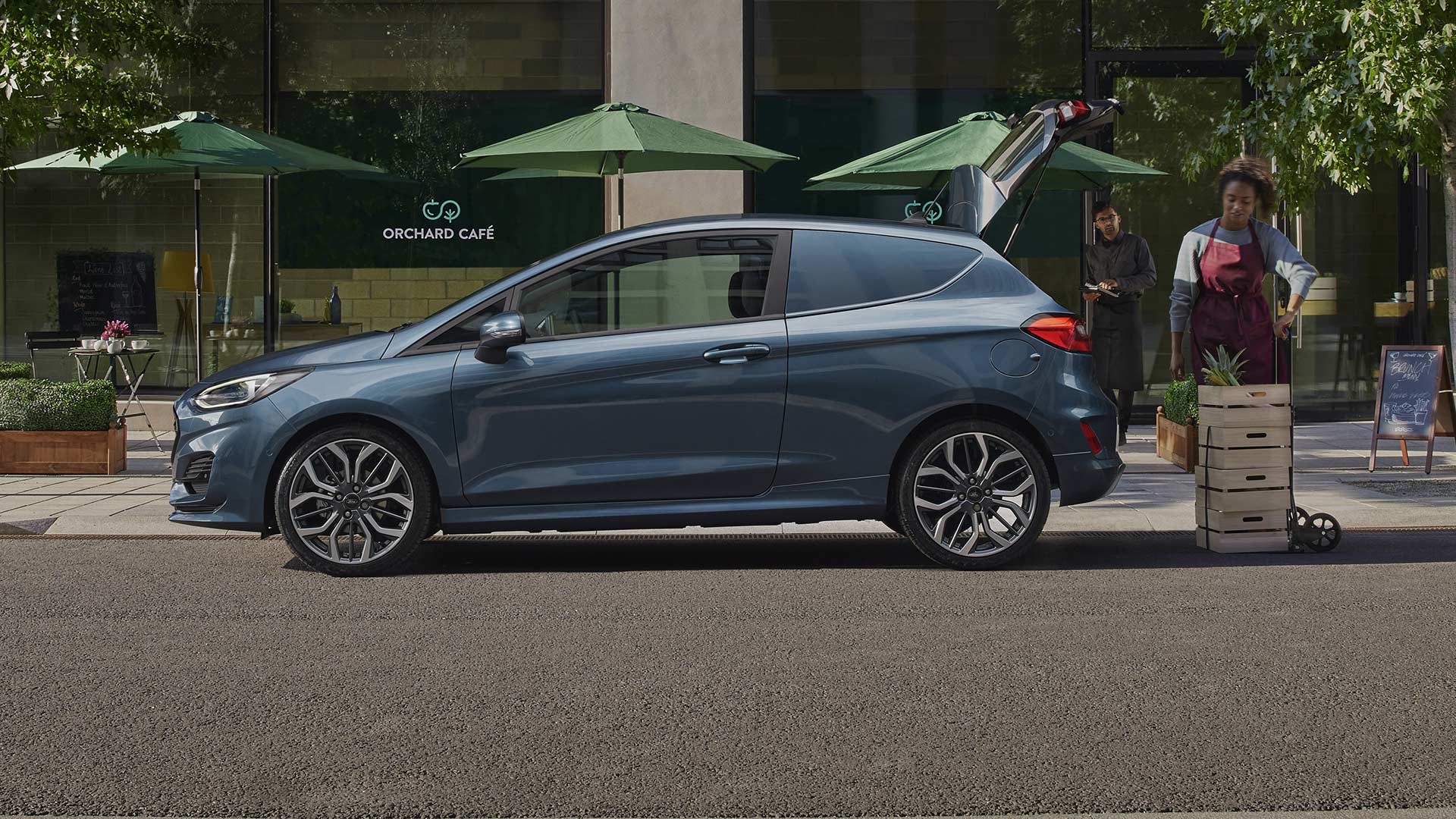 “Remember the Toyota Yaris that got the utility vehicle treatment? Well, it appears there’s also a Ford Fiesta in that unusual mini-utility segment, and this one just received a few updates. Seriously, what’s up with these carmakers turning hatchbacks into workhorses in the UK?

“The new Fiesta Van was unveiled alongside the updated Fiesta. It’s based on the three-door version of the popular hatchback and looks basically like a typical city car on the outside but is actually a full-on ute on the inside.

“It features a two-seat layout with the front half of the cabin separated completely from the rear thanks to a built-in divider. Loading cargo here should be a cinch thanks to the car’s naturally low ride height. There’s plenty of space, too, as the vehicle boasts 960 liters of storage out back. 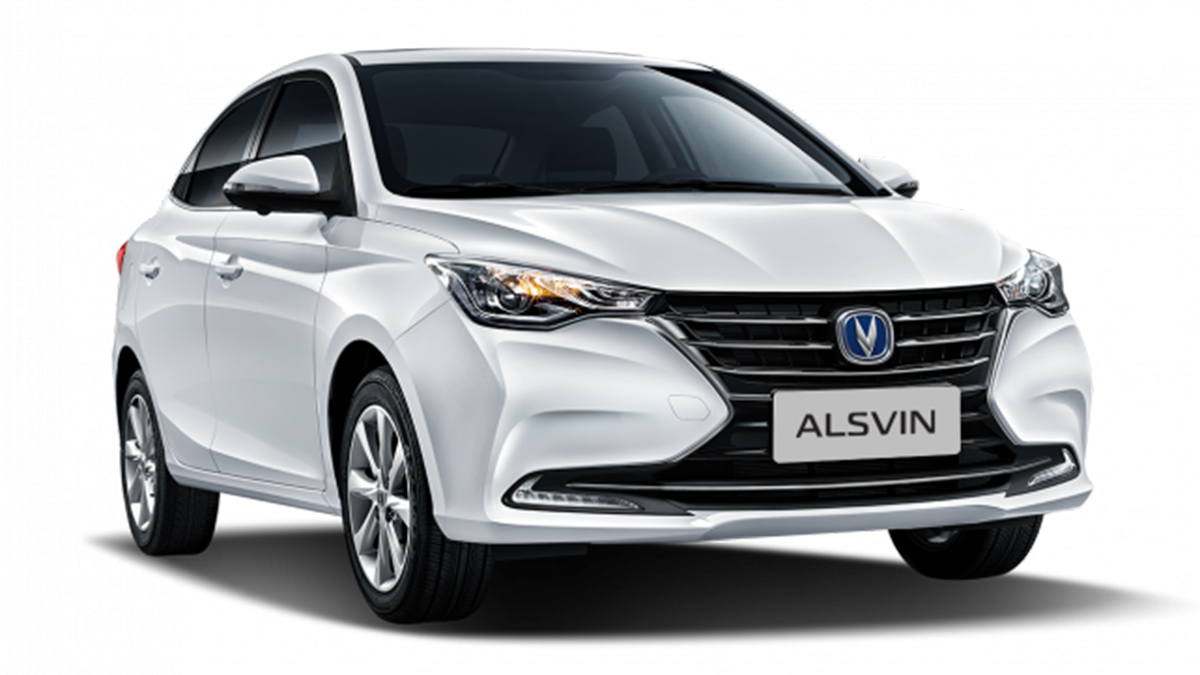 Changan PH is offering the Alsvin for P10,800 per month
View other articles about:
Recommended Videos
Read the Story →
This article originally appeared on Topgear.com. Minor edits have been made by the TopGear.com.ph editors.
Share:
Retake this Poll
Quiz Results
Share:
Take this Quiz Again
TGP Rating:
/20